For the past few months, Bitcoin Cash supporter and CEO of BitcoinBCH.com Hayden Otto, has released a monthly report suggesting that BCH accounts for the vast majority of cryptocurrency spent at retail outlets in Australia.

In the most recent November report, BCH accounted for $52,000 of the total $55,700 retail spend, or 93%. The figures also suggest that more than 7 in 10 of the total number of retail transactions here use BCH.

Roger Ver has promoted the figures in his video updates as a yardstick of Bitcoin Cash’s success in Australia.

However, the reports are invariably greeted with controversy and claims that the figures are cherry-picked, unverifiable, and leave out tens of thousands worth of BTC transactions.

A Micky investigation suggests there may be issues with comparing like-for-like payments and that the available data from all sources is too incomplete and not transparent enough, to assign an accurate percentage to any cryptocurrency.

Caleb Yeoh from TravelByBit believes that any tally of cryptocurrency spending in Australia should include crypto bill processor LivingRoomOfSatoshi (which allows you to pay Bpay bills with crypto).

Its figures (which include some from overseas) show BTC accounts for 62.7% of all bills paid, with BCH accounting for 2.1%.

Yeoh estimates that around $3 million to $4 million is spent using crypto each week in Australia – dwarfing the tens of thousands in the Bitcoin Cash reports. 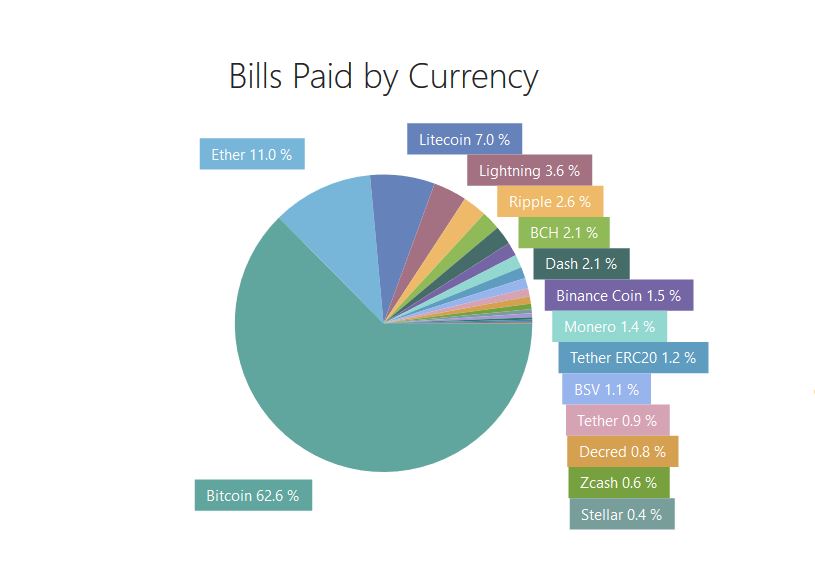 He adds that it is also impossible to track most crypto that’s spent in retail because “the majority of that is peer to peer” that is, a customer paying directly into a merchant’s wallet.

It’s only when the payment goes through a third party like TravelByBit or via the Bitcoin.com Cash Register App and HULA that it can be tracked.

TravelByBit lists 200 merchants on its website that accept BTC, Lightning Network payments, BNB, and LTC – along with a few outlets taking BCH.

Its publicly available figures (Yeoh said they exclude the travel business and larger value transactions) suggest more than 7 out of 10 crypto retail transactions in Australia use Bitcoin or Lightning Network, with BTC accounting for 81% of the total value.

In the past week the retail transactions (you can see them in real-time here), mostly in BTC, add up to almost $9000 – however, $8200 of that was a single large payment to a developer.

The HULA figures, however, are private and only released in report form by Otto.

“It’s almost impossible to validate, no one can see the data,” Yeoh said.

Bitcoin Cash proponents argue that ‘bricks and mortar’ retail spending is the most important aspect for mainstream adoption as a currency.

If people aren’t spending crypto in shops then it’s never going to become a day to day mainstream currency.

Since September, Otto has been producing monthly reports on cryptocurrency retail spending in Australia.

He compiles TravelByBit’s publicly available data with the figures from his own HULA network to come up with the percentages.

Otto said he’d started up HULA, run by his company BitcoinBCH.com, after trying and failing to get TravelbyBit to offer BCH more often as a payment option.

He refutes the suggestion most retail payments are ‘peer to peer’ and says “I would struggle to show you a merchant that accepts BTC in a P2P fashion – I could count them on one hand.”

The HULA network only covers about 20 of the 200 or so retailers in Australia that accept BCH. This suggests that not only are the figures incomplete, but that many of the retailers do accept BCH P2P.

However, Otto said, “I am pretty confident that HULA would be accounting for the bulk of BCH retail economic activity in this country despite the fact it is only covering 20 of the 200 merchants.”

Otto said the BCH sales data is kept private “for obvious reasons, like merchant privacy and the fact enemies of BCH would not hesitate to target merchants which are doing high volumes of BCH transactions.” 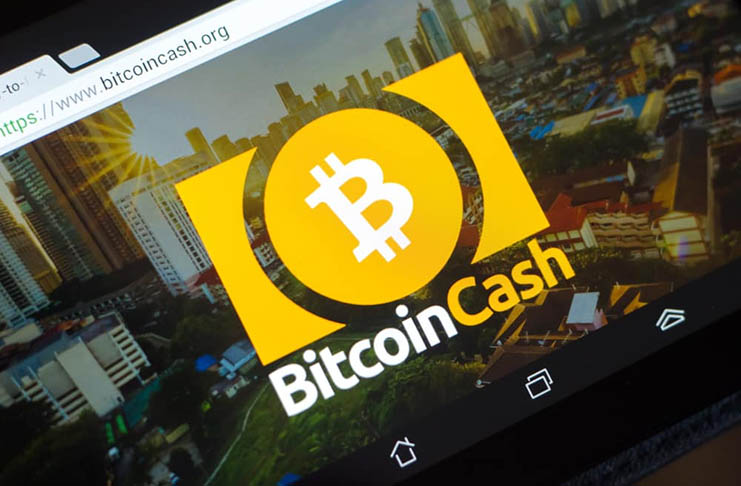 There are claims on Reddit that Otto’s November figures exclude $85,000 worth of BTC from TravelbyBit’s figures. He denied this and challenged anyone to provide the evidence.

However, he concedes that he did exclude BTC transactions worth tens of thousands to one game developer. He noted in the report there was no way to determine if this was ‘retail spending’.

This is a tricky area as the HULA report DOES include lots of Bitcoin Cash payments to professionals including accountants, lawyers, engineers, electricians, and builders.

In fact, this was the main cause of the 267% growth of BCH payments in November.

Otto said the single largest payment of Bitcoin Cash was to a legal firm and was worth almost a third of the total value of BCH payments in November.

But does a BCH payment to a legal firm really fit with the definition of ‘retail spending’? And if it does, why then exclude BTC payments to a games developer in his reports?

Otto argued that the law firm took BCH payments directly at its office.

“We hold businesses with a shop front that accept cryptocurrency as a payment option in much higher regard than online businesses,” he said.

“These are the ones that are considered retail.”

Otto said the game developer who accepts BTC in question doesn’t have a physical location and thus doesn’t accept cryptocurrency in a retail environment.

The definition of what does or doesn’t constitute ‘retail’ seems a little unclear. If the game developer had an office where he took the payments, presumably this would make him a ‘retailer’ despite performing the exact same work?

At present it’s hard to judge whether the figures are comparing like for like payments – and the available data is incomplete and not transparent in any case – so the jury is still out on this one.

While it’s great Otto is pushing so hard for Bitcoin Cash adoption by retail in Australia, it would be better if an independent organisation like Blockchain Australia was able to verify and provide this sort of data in future.