What would happen if Ethereum had its own halving but no one noticed? Well, some say it’s happening right now…

UPDATE: The developers have just agreed to delay the ‘difficulty bomb’ which means inflation will increase by 2000 ETH a day to 13,600 at the next fork.

And within the space of a year, it may fall by 2/3rds to below the inflation rate of Bitcoin.

It’s the second drop in weeks, meaning inflation has dropped by 13% in the space of a month.

Barring unforeseen circumstances, or a plan to delay the difficulty bomb (which could happen on December 7 but this is yet to be stated), it looks set to continue to fall every two weeks or so.

If the current rate of decrease continues, Ether will have seen a halving of the inflation rate in about four or five months. 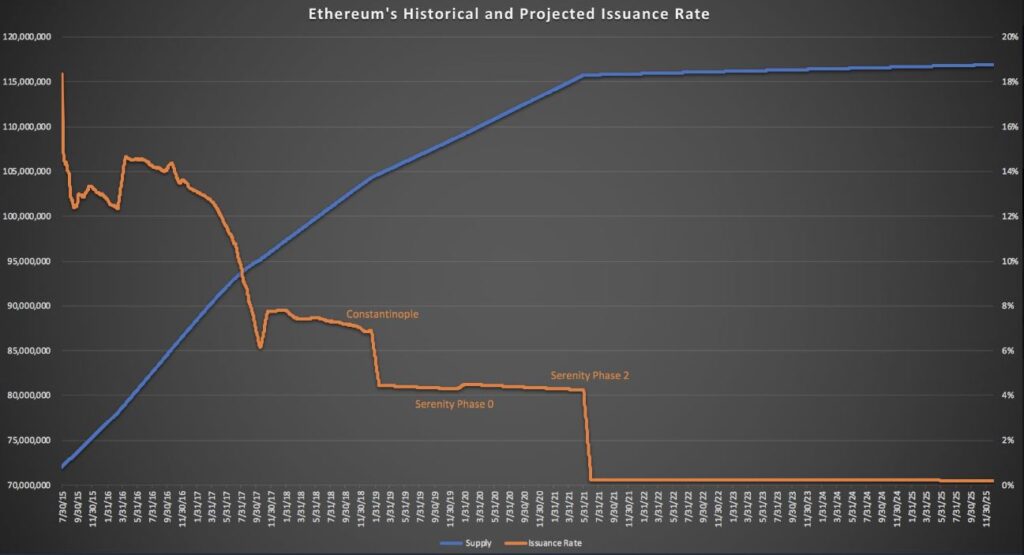 Everyone’s excited about the Bitcoin halving

Bitcoin’s halving has attracted a lot of attention with people like crypto analyst Plan B using a stock-to-flow model to predict it will send Bitcoin’s price to the moon.

Ethereum however, is actually set to reduce the inflation rate by even more – by a whopping two thirds from that 13,500 ETH rate. That will bring its inflation rate to below that of Bitcoin’s.

It’s part of the preparations for the Proof of Stake upgrade, which is transitioning the network away from miners and to people staking their Ethereum instead

The exact timeframe for all this happening is up for debate.

Trustnodes this week estimated that the POS upgrade will happen in about three months after the testnet ‘with the finality gadget to then follow maybe in autumn next year’.

Based on that ‘maybe’ they estimate issuance will be reduced by two thirds around the third quarter of next year. Maybe.

The more ‘official’ information says the 75% supply decrease will happen in 2021 though.

And of course some people say that Ethereum itself is a total scam, including Bitcoin pioneer Adam Back who compared it to medical fraud Theranos. 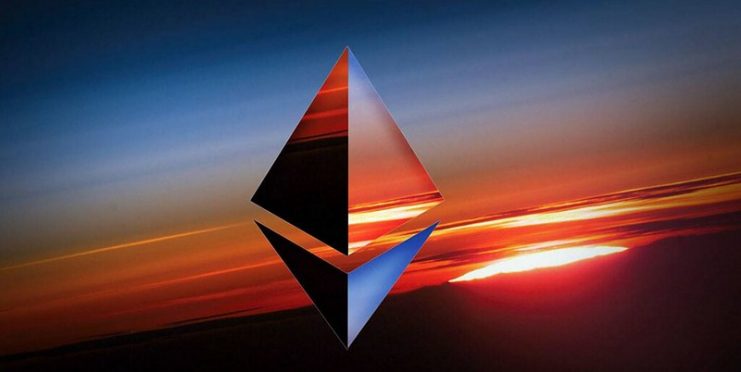 So what does this all mean for the Ethereum price?

Well, people aren’t as excited about the Ethereum halving (or ‘two thirdsing’) as no one is even certain that Proof Of Stake will work or be as secure as it should.

The price of Ethereum has been floundering recently and there is more than five times as much supply as Bitcoin: 108 million, as opposed to 21 million.

Even when the supply rate falls to below that of Bitcoin’s there’s no guarantee that the price will rise. Supply is just one side of the price equation and demand is the other.

When the Constantinople hard fork was implemented in February this year, block rewards decreased from 3 to 2, cutting the inflation rate (theoretically) by a third to around 4.5%.

COVID has proved working from home is the best policy to...