Israel, known as a blockchain-friendly hub, saw an increase of about 32% in 2019 in the number of blockchain and crypto-related companies, according to the Israeli Bitcoin Association. Despite this continual increase in the popularity and usage of digital currency, Israeli crypto holders expressed their struggle against the local banks in a series of lawsuits.

As reported by Globes in August 2019, Israeli Bitcoin holders were refused to keep an account with banks that did not allow its clients services, including depositing money obtained from cryptocurrency.

Banks in Israel have avoided dealing with cryptocurrencies to this day, due to money laundering concerns and the fear of it being accused of supporting illegal activities.

This resulted in Bitcoin holders facing problems in paying their taxes. Although Bitcoin is not a recognized currency in Israel, individuals and corporations are still taxed. 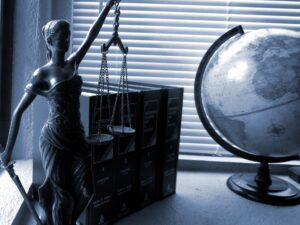 On the contrary, Avichai Mandelblit, Israel’s attorney general, told the court in Tel Aviv District that banks “cannot refuse” services to crypto holders and must “examine” them for risks of money laundering or illegal financial activities, instead of a total ban.

Globes reported that according to the AG,

“The bank is required to carry out a risk assessment of the client in each case, based on a list of risk-mitigating circumstances formulated in accordance with the directive, before deciding whether to open an account or to enable the management of the activities related to virtual asset.”

Mandelblit’s stance was filed in a similar case where Mercantile Discount Bank refused a client to authorize a transfer from BIT2C, Israel’s largest cryptocurrency exchange.

Although opposed to the central banks’ mandate, Mandelblit’s position was based on recommendations from various state agencies and departments.

Several agencies, including Israel’s Ministry of Justice, the Israel Money Laundering and Terror Financing Prohibition Authority, the Israel Capital Markets, and Insurance and Savings Authority, supported Mandelblit’s take on how banks must deal with the situation.

The team includes representatives from several state agencies and departments such as the Ministry of Justice, the Israel Money Laundering and Terror Financing Prohibition Authority, the Israel Capital Markets, Insurance, and Savings Authority, and others.

While Israeli banks’ stance on crypto remains unchanged, the Israeli Securities Authority (ISA) is looking to promote the development of the blockchain industry in the country. They have, in fact, formed a committee to promote and institutionalize digital markets.

The committee issued a Request for Information last month, detailing the potential regulatory problems that could be limiting the development of a digital market in Israel.

The committee is also promoting the establishment of a digital securities trading platform by engaging the companies associated with the industry.