Despite her popularity, there are several things that you might have missed about Ivanka Trump.

Ivanka Trump is the only daughter of Donald Trump to his first wife, Ivana Trump. Currently, she is serving her father as a White House Senior Advisor. She also shares three kids with Jared Kushner, her husband of 11 years.

While the First Daughter has become the center of many reports in recent years, there are several things that most people do not know about her. For starters, Ivanka is not her real name.

Ivanka Trump is just a nickname

The second Trump child is apparently named after her mother. Her complete name is Ivana Marie Trump, according to Good Housekeeping.

As explained, she just uses “Ivanka” to avoid confusion. Nevertheless, this nickname of hers is reportedly the “baby name” of Ivana in Czech.

She was a popular teenage model

Ivanka Trump started her modeling career at 14. It had appeared that she followed her mother’s footsteps as Ivana used to be a popular model back in her time.

However, she did not reportedly enjoy her time as a model. Instead, she utilized it as an “escape” since she just transferred to another school away from Manhattan.

The First Daughter starred in a few series 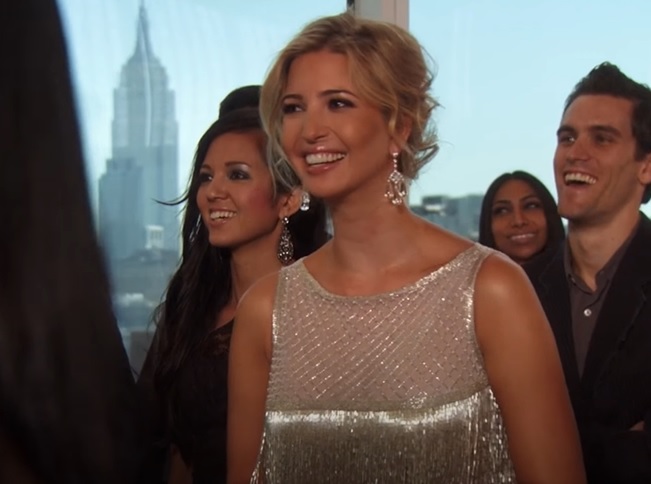 Aside from her modeling career, another thing that has seemingly made her popular is her appearances on several series and television shows. As it happened, she guest-starred in an episode of Gossip Girl in 2010.

Prior to her participation in the popular series, she also appeared in her father’s series, The Apprentice. For three episodes, she appeared as an advisor in 2008.

Two years earlier, Ivanka Trump also appeared in Project Runway Seasons 3 and 4. She was reportedly a “guest judge” in both episodes of the reality television competition show.

She has a “controversial” fashion line

In a report released by Cheat Sheet, Ivanka Trump reportedly launched her own jewelry collection in 2007. She also created her fashion brand, the Ivanka Trump Collection.

While she became successful in these areas, she reportedly received criticisms for her company’s policies. As revealed, the President’s daughter did not offer “benefits” to her employees. This even included paid maternity leaves as all of her designers only obtained maternity leaves without pay.

Some individuals may have already noticed that Ivanka is the incumbent President’s “favorite.” The truth is, she actually is Donald Trump’s favorite child.

As the sources and insiders reportedly described their relationship, it has been noted as “especially close.” Some of the sources even revealed that this is probably because Ivanka Trump obtained several similar qualities from her father.