Ivanka Trump drew backlash for sharing a photo of an Indian child with a cryptic caption.

On her Twitter account, Ivanka Trump shared the photo of the young girl carrying her ailing father on her bicycle.

According to Express, Jyoti Kumari rode her bike over a 1200km distance amid the coronavirus pandemic in India.

“15-year-old Jyoti Kumari, carried her wounded father to their home village on the back of her bicycle covering plus 1,200 km over 7 days. This beautiful feat of endurance and love has captured the imagination of the Indian people and the cycling federation!” Trump tweeted. 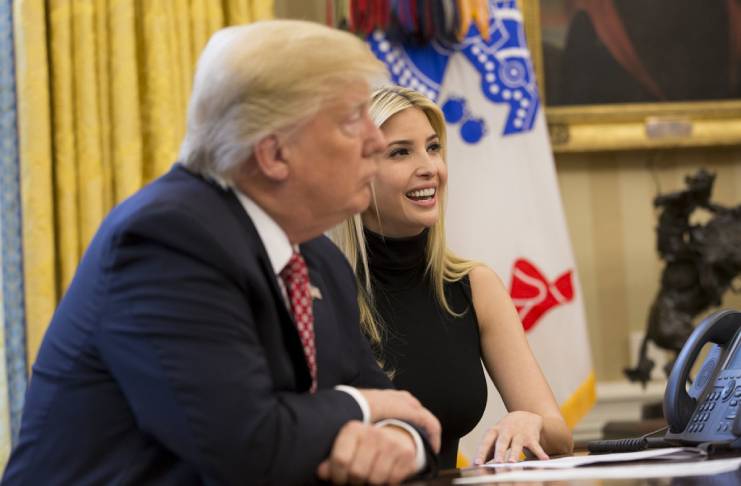 Trump’s intention to share Kumari’s story may have been clear but her critics didn’t think so. Some of them called the first daughter insensitive. Other critics accused her of glorifying poverty.

“Endurance? Imagination? Cycling federation? It’s not a sporting event, Ivanka, it’s a nation’s conscience in rigor mortis. Is rhapsodizing of tragedies fashionable in your neck of the woods?” Twitter user @Schandilla said.

“Ivanka trying way too hard to pretend she’s human. 243 days until she gets kicked out of the White House,” Twitter user @spacecoastsun said.

“Are you seriously this clueless? This kid and her family had to go through this horrific experience because of India’s ill-conceived total lockdown which has resulted in a humanitarian disaster, not because she’s aspiring to be a professional cyclist,” Twitter user @rupasubramany said.

This isn’t the first time that Ivanka Trump drew flak on social media. Last week, her cryptic tweet was also criticized by her haters.

“On the other side of this challenge lies the extraordinary!” Trump wrote.

Twitter user @CarolDunfee said that the first daughter is only skilled in plastic surgery, silicone, and Botox.

“Better make the best Father’s Day Ivanka. Your daddy will be in prison for the rest of his sorry life. Oh, and so you will you & the rest of the #TrumpCrimeFamily,” Twitter user @SherryGramjams said.

“The other side of this challenge is you and your family at a Crimes Against Humanity Tribunal,” Twitter user @PjG112251 said.

“You mean the extraordinary joy the entire country will feel when you & your entire criminal family are escorted from our @WhiteHouse in cuffs?” Twitter user @educatedadult1 said.