Ivanka Trump is making headlines once again after she posted about the COVID-19 victims on her Twitter account.

Ivanka Trump is not new to public nitpicking. As the daughter of the president of the United States, she is bound to be a constant subject for judgment.

It appears that everything she does and say are being watched closely both by followers and critics of her father’s administration.

A call to pray for the frontliners

On Sunday, the president’s senior advisor posted on her Twitter account that sparked a lot of mixed reactions.

She called out to her followers to join her in prayer for the victims of the coronavirus pandemic.

This Sunday, let’s come together in prayer, and hold in our hearts, all who have lost their lives to COVID-19 and their grieving families.

God bless you and all the brave heroes on the frontlines in the war against this invisible enemy.

She wrote: “This Sunday, let’s come together in prayer, and hold in our hearts, all who have lost their lives to COVID-19 and their grieving families.”

She then went on to acknowledge the people who are on the frontline fighting against the virus.

“God bless you and all the brave heroes on the frontlines in the war against this invisible enemy.”

With 8.6 million followers on Twitter, her tweet was quick to get likes, shares and comments. However, not everyone was happy with her statement.

Her tweet received around 7,000 comments and it’s a combination of standing with her and just criticizing her.

Some responded to the tweet saying that the Trump family is pretending to be religious. Some tweeted about how her father is doing nothing during this pandemic.

Another tweet wrote: “67,000 Americans are DEAD! Ivanka represents her family businesses. She’s using her family to steal from Americans. They are a family of con artists.”

Today, we were honored to host incredible small business owners and workers at the White House. Their stories inspire us, and we are proud that they are among the roughly 60M Americans receiving financial support through the Paycheck Protection Program. This virus was no fault of their own. We will always support our country’s great small businesses! ????????

Apparently, some people believe that she plays a part for the mass casualties from the COVID-19 so far. The U.S. is one of the most infected nations with over 1.16 million confirmed cases already.

The number of deaths has racked up to around 67,000 already. Experts believe that the Trump administration should have made the necessary measures upon the announcement of the outbreak. Instead, they say that they only ignored the chances to combat the virus.

According to CNN, there are currently four separate investigations going on with regard to the federal response to the pandemic underway. 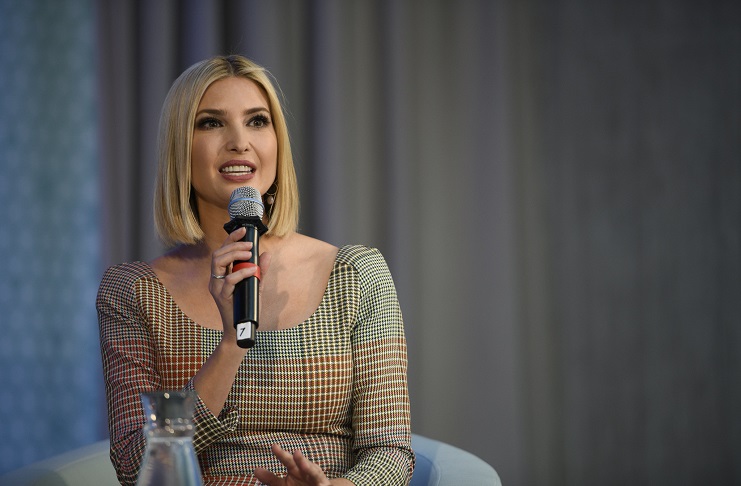 Not all are against the president’s eldest daughter though. There are still some who are standing with her and defending her from her detractors.

One Twitter user pointed out how Ivanka Trump was just simply asking for prayers and that there was no need for negative comments.