Ivanka Trump and Melania Trump’s relationship has been at the center of speculations throughout the past four years.

There are claims that the two do not get along. However, body language expert Judi James believes otherwise.

While speaking with Express, James suggested that Ivanka admires her stepmom.

In one of their photos that the expert analyzed, the first daughter mimics Melania’s signature beauty queen pose.

James said that Ivanka’s mirroring of the first lady’s posture implies that she has some subliminal admiration for her. 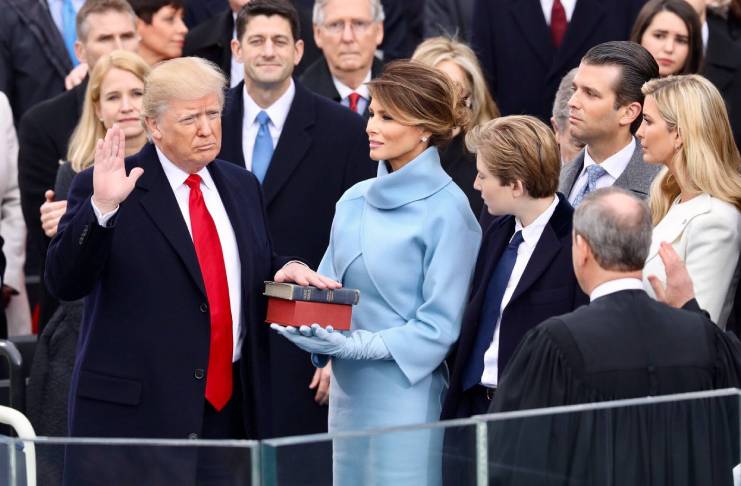 In the book “Free, Melania: The Unauthorized Biography,” author Kate Bennett described the two women’s relationship as cordial but not close.

She also said that Ivanka and Melania’s overlapping trips, objectives, and interactions with Donald Trump have created a shaky alliance between them.

Bennett also claimed that there is tension between Ivanka and Melania because one of them steps into the spotlight when the other one isn’t around.

While the POTUS was campaigning in 2016, it was Ivanka who stood by his side. Melania rarely made an appearance at that time.

The FLOTUS was busy taking care of her and Donald’s son, Barron Trump.

In fact, after the POTUS became president, Melania did not immediately move to the White House to be with him.

She and Barron stayed in New York for a few months until the school year was over.

Despite the speculations regarding Ivanka and Melania’s relationship, the latter’s spokesperson assured the public that they are fine.

While speaking with CNN, the first lady’s chief of staff, Stephanie Grisham, said that Ivanka and Melania’s relationship has not changed.

Jared Kushner’s wife previously squashed the rumors that she and Melania are feuding.

In her book “Women Who Work,” the first daughter had nothing but positive things to say about the FLOTUS.

“Melania, you are an unbelievable mother with a heart of gold. You give generously of your time and attention and I appreciate your support and friendship,” she wrote.

While speaking with People in 2016, Ivanka also called Melania an unbelievable mother.

The first lady, on the other hand, rarely talks about Ivanka in public.

During an interview with Harper’s Bazaar, she said that she doesn’t see herself as Don Jr., Eric, and Ivanka’s mother.

“I am their friend. I am here when they need me,” she said.