While Ivanka Trump has made several appearances on different television shows, her guest-starring on Gossip Girl has become the most iconic. Aside from the fact that the show has had a huge following, seeing the First Daughter on the show was just surprising.

Her appearance on the show was a huge thing in 2010. But, in comparison to today’s discovery of her cameo, it has become a lot bigger than it used to.

Buzzfeed unearthed the shocking appearance of Ivanka Trump and Jared Kushner on The CW’s show. As noted, it was a “pretty significant” cameo considering that she has lived the lives of Blair Waldorf and Serena van der Woodsen.

Ivanka and Jared only made an appearance once in the fourth season of the show. Also, they appeared as themselves. So, in the narrative, characters called them by their actual names.

What happened on the scene

In episode six, titled Easy J, they arrived at a New York Observer party where Serena’s mother, Lily van der Woodsen welcomed them. Upon the couple’s arrival, Colin, who was Serena’s “love interest” at that time, gave a toast as he just won Bachelor of the Year. 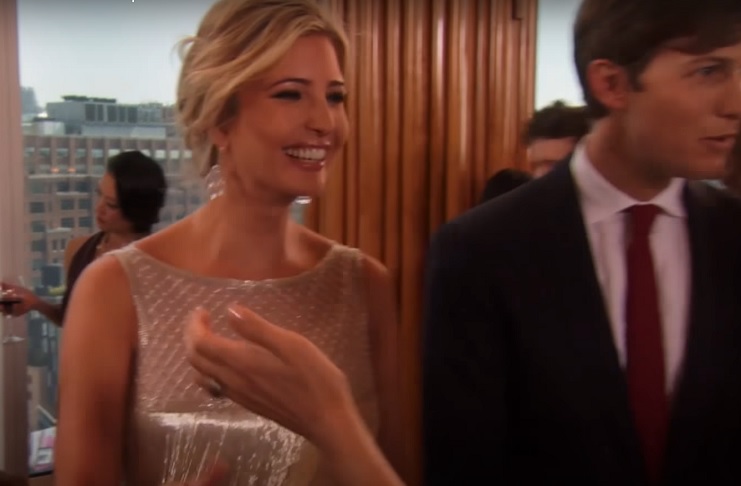 During the toast, Colin was on the stage with Jared since he won the award in Jared’s place. He then moved on to thanking Ivanka for marrying Jared. As stated, this allowed for someone else other than Jared to win the award. Ivanka “beamed” as Colin gave his speech, while Jared stayed beside Serena’s boyfriend on stage.

First Daughter talks about the show

In an interview with InStyle, Ivanka Trump talked about the show and her appearance back in 2010. She revealed that she never missed an episode of Gossip Girl.

Ivanka then went on to share that some of Lily van der Woodsen’s pieces of jewelry and accessories in the past installments were apparently pieces from her own collection. She also mentioned that she is a “cross” of Blair Waldorf and Lily van der Woodsen, in terms of style.

For her and Jared’s cameo, though, Ivanka said that it did not feel like they were “acting, per se.” But, despite this, she claimed that she and her husband enjoyed filming the show together.

In the end, Ivanka Trump also revealed that the episode dropped on the network on the day of her and Jared Kushner’s first wedding anniversary. It was the “icing on the cake,” she added.