Ivanka Trump’s net worth is reportedly much bigger compared to her stepmom, Melania Trump.

According to Celebrity Net Worth, the first daughter has an estimated net worth of $300 million. She and her husband Jared Kushner’s combined net worth is around $800 million.

Other than her role as a senior advisor to President Donald Trump, Ivanka also served as the vice president of the Trump Organization. She also managed the interior design of some of her dad’s hotels.

Years ago, Ivanka also appeared in the POTUS’s reality TV show The Apprentice.

The mom of three has also graced the covers of various magazines. She also worked as a model during her younger years. And she has also launched her own books.

According to Forbes, Ivanka and her siblings raked in $35 million in pretax salary, commissions, and bonuses over the past two decades.

By 2013, the first daughter was already making around $75 million a year in sales for her fashion business. In 2018, Ivanka’s sales plummeted down forcing her to shut down her company. 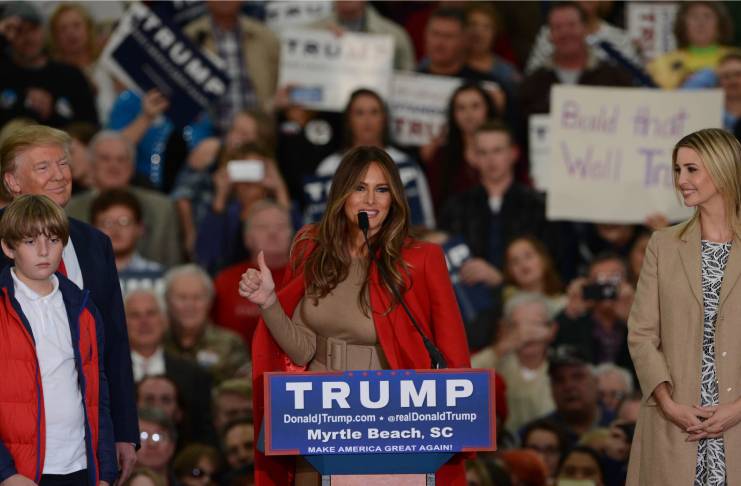 Melania, on the other hand, has an estimated $50 million net worth. Before marrying the POTUS, the first lady worked as a model.

Melania also has a skincare line, which hit the luxury department stores in the United States. Other businesses brought in royalties between $15,000 and $50,000 from her company in 2016.

But after the first lady joined the White House, she cut ties with her businesses. She is focusing on being the FLOTUS and promoting her Be Best initiative.

Comparisons between Ivanka and Melania are not uncommon. In fact, even their respective engagements have been making headlines.

While speaking with Express, Tobias Kormind, the managing director of 77 Diamonds revealed that the POTUS gave Melania a 15-carat, D flawless emerald cut diamond ring from Graff when they got engaged.

The ring retailed for $3 million in 2005. But after the couple celebrated their 10th wedding anniversary, the president had the ring upgraded to feature a 25-carat diamond.

According to Kormind, Melania’s upgraded ring retails for $3.5 million.

“When she got engaged to Jared Kushner, Ivanka Trump received a 5.22 carat, D Flawless, cushion-cut diamond on a diamond-encrusted band which I estimate to be worth £400,000,” he said.

Cross-chain bridge attacks cost crypto space $2B in losses in 2022:...