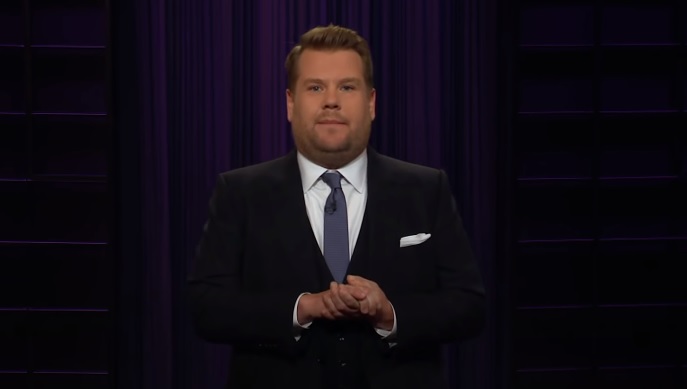 The coronavirus pandemic was not enough to get James Corden off the air for The Late Late Show, but an eye problem did.

Due to the global health crisis, it was impossible to film The Late Late Show in the studio. Hence, since March 30, the show has taken place in James Corden’s garage.

As the world keeps its social distance during the coronavirus crisis, he has been late-night hosting in that area while all of the guests appear from their homes.

The first episode of James Corden’s garaged-based The Late Late Show was the Homefest. That show featured home-based performances from the likes of Dua Lipa in London; K-pop stars BTS, who were all quarantined together in South Korea.

Even Andrea Bocelli was featured singing from his house in Italy, one of the countries hit hardest by the pandemic. In this special, James Corden has dropped an inspiring message for the current situation. He commented,

“Physically we can’t be together, but socially and mentally we can be together. The world has never been more equipped for us to stay connected to each other, so that’s where my head has been at.”

It appears that the host sees a comforting prospect and a silver lining in this unprecedented global health threat.

James Corden is taking a time off

Unfortunately, James Corden recently revealed that he woud not be able to film new The Late Late Show episodes for the next couple of days. The late-night host is taking some time off because of a minor eye surgery he had previously undergone.

“Hey all. I had to have minor surgery on my eye yesterday. I am doing well and recovering, but won’t be able to film new episodes for a few nights. Thank you to everyone who has been watching the Late Late Shows from my garage.”

James didn’t elaborate on the procedure but he assured everyone that he will be back soon. He also reminded folks to stay safe and well.

Hey all. I had to have minor surgery on my eye yesterday. I am doing well and recovering, but won’t be able to film new episodes for a few nights. Thank you to everyone who has been watching the Late Late Shows from my garage. I’ll be back soon. Stay safe and well everybody. x

What is in store for The Late Late Show this week

Ryan Tubridy will be hosting Friday night’s The Late Late Show. Among the show’s guest is Taoiseach Leo Varadkar who will be discussing the latest developments in the Covid-19 emergency.

News: Leo Varadkar Will Be On The Late Late Show On Friday https://t.co/jboByL9XVE

Ryan will also be joined by Evanne Ní Chuilinn, Henry Sheflin, Aidan O’Shea and Kieran Donaghy to talk about how the GAA community has pulled together during the Covid-19 emergency.

On top of that, Picture This will be in studio to play a number of songs and to talk about their support of children’s hospice The LauraLynn Foundation.