According to Heat, Jennifer Aniston is finding it hard to stay cool after hearing how smitten Pitt is with Shawkat. A source told the tabloid that the Friends star is still in the dark with what’s going on between her ex-husband and his so-called “other woman.”

However, the unnamed source also said that Aniston is aware that the A-listers have become super close. Pitt and Shawkat’s closeness is starting to get on Aniston’s nerves.

“She can’t get her head around the fact that this girl seems to have come from nowhere,” the source said. 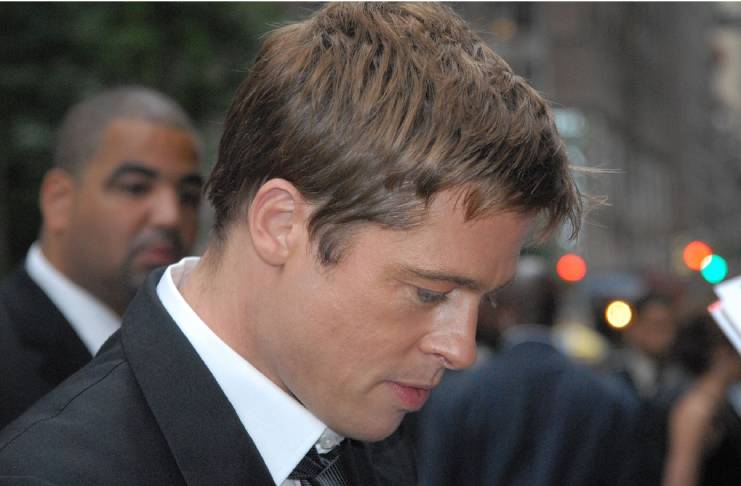 Prior to the coronavirus lockdown, Aniston and Pitt were considering giving their relationship a go. However, Pitt’s budding relationship with Shawkat is making Aniston rethink her decision.

“The phone calls and texts from Brad have dried up, and now Jen’s lucky to hear from him more than a couple of times a week. It’s the last thing she expected after all the support she’s given him with his divorce from Angelina, and the connection she thought they’d re-established,” the source said.

This isn’t the first time that Jennifer Aniston is rumored to be in a love triangle with Pitt and Shawkat. In Touch Weekly recently accused Pitt of cheating on Aniston with Shawkat.

A source claimed that Aniston is aware that Pitt and Shawkat have been hanging out regularly. And she is waiting for Pitt to make a decision about his future.

“She doesn’t want to lose him again, but she knows from experience that she easily could,” the source said.

However, Gossip Cop urges fans of the A-listers to take all the claims made by the tabloids with a grain of salt. Aniston cannot possibly be insecure and jealous of Shawkat because the latter isn’t dating Pitt.

Aniston and Pitt divorced in 2005, and they are not back together. As such, the Ad Astra star doesn’t need to make a life-changing decision about his future anytime soon.

The Morning Show star also made headlines this week amid rumors that she adopted her brother’s kids. Woman’s Day accused the actress’ brother of abandoning his kids, Ryan and Kira.

However, Jennifer Aniston didn’t adopt her nephew and niece. And all the other adoption rumors surrounding her aren’t true either. Closer recently claimed that Aniston is planning to adopt a child with the help of Pitt.