Jennifer Aniston is, allegedly, rethinking her drinking habits since she wants her relationship with Brad Pitt to last.

The actor star has given up drinking shortly after his divorce from Angelina Jolie in 2016.

During a previous interview with The New York Times, Pitt revealed that he has been attending Alcoholics Anonymous meetings, which have helped him a lot as a person.

Jennifer Aniston gives up drinking to get pregnant

This week, Now to Love claimed that Pitt and Aniston’s relationship fell naturally back into place except for the sobriety part. An unnamed source also told the tabloid that Aniston and Pitt used to love drinking wine together.

The insider also said that Aniston has no problems giving up alcohol if it means she could spend more time with Pitt. And since the couple is, allegedly, planning to have a baby soon, Aniston shouldn’t really be drinking.

“Having a child with Brad is a big priority, but being happy with Brad is even bigger – she knows what this means to him,” the source said. 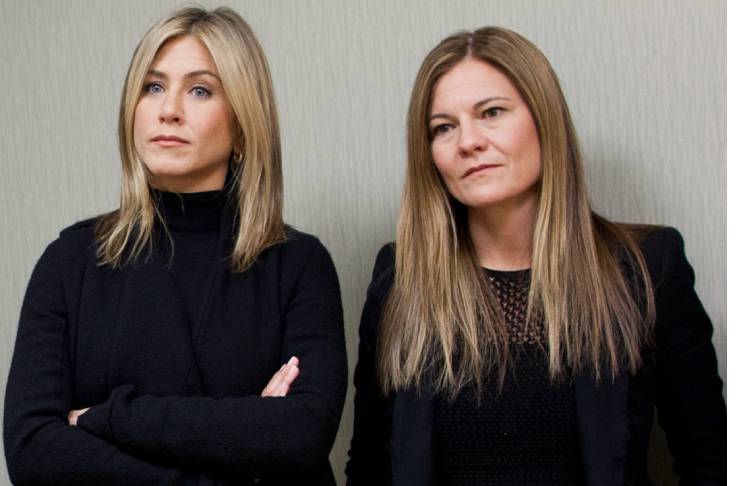 Rumors about Aniston quitting alcohol for her ex-husband have been rife for months.

In February, Globe alleged that Pitt made Aniston choose between him and alcohol.

“She adores him and is so excited about their amazing new connection, but he’s totally sober and finds it very uncomfortable being around people who booze,” the source said.

The insider also said that Pitt doesn’t want to go back to his dark lifestyle. After all, it took him years to give it up.

According to the source, there’s so much love between Pitt and Aniston. However, the actor’s sobriety and Aniston’s fondness for alcohol is proving to be a problem.

“The booze situation is a real problem, though, because he simply cannot be with someone who’s a regular drinker. If Jen chooses Brad, she’s going to have to find other ways to unwind,” the source said.

On both occasions, the rumor debunking site Gossip Cop confirmed that the claims made by the tabloids are incorrect.

Aniston is not rethinking her drinking habits for the sake of her relationship with Pitt. After all, they have not gotten back together.

While it is true that Pitt has given up drinking, his struggles with sobriety have never affected his past relationship.

Before announcing their split, the former couple was married for five years. At that time, they cited their irreconcilable differences as the reason for their divorce.