According to National Enquirer, Jennifer Aniston is worried about what would happen to Perry now that his relationship with Molly Hurwitz is over. A source said that Aniston and Perry are contacting each other frequently as the latter battles his “substance abuse demons.”

Perry is, allegedly, extremely vulnerable following his split from his 29-year-old ex-girlfriend.

“There are major fears for Matthew’s sobriety now that he’s split from Molly. Stress is the last thing he needs – plus, Molly was his rock, who helped him so much in his addiction battle,” the source said. 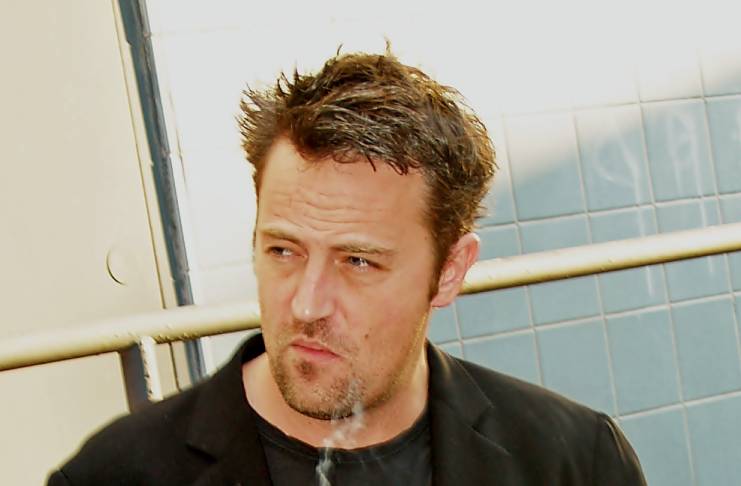 The insider also said that Aniston is not happy to see her former co-star seemingly out of sorts. The Morning Show star, allegedly, told Perry that he can contact her if he needs anything.

Perry, allegedly, told Aniston and his other friends that he’s doing fine. However, some of them do not think that he’s telling the truth.

“Things really aren’t looking good for Matthew and he’s clearly in a difficult space right now, and that just breaks Jen’s heart – as well as the other cast and crew on Friends. They’re not liking what they see in terms of his appearance, his miserable state of mind, and the fact he’s so detached and reclusive these days,” the source said.

The unnamed insider said that Jennifer Aniston and Perry’s other friends are hoping that the actor won’t go off into another downward spiral. After all, Perry is, allegedly, a fragile guy.

Earlier this month, the same tabloid published a conflicting story about Aniston and Perry. The tabloid claimed that Aniston abandoned Perry following the latter’s struggles with sobriety.

“They promised to look after Matthew after he slid off the fails a few months ago. But it seems they’ve either forgotten, can’t be bothered or just look at him as a lost cause,” the source said.

The source said that Aniston and Cox didn’t believe Perry when he said that he plans on staying sober for good. As such, the co-stars decided to just freeze him out.

However, Gossip Cop debunked the claims. The publication said that Aniston and Cox did not single out Perry. Their male co-stars didn’t get an invitation to the gatherings either.

It is also untrue that Jennifer Aniston and Cox are unsupportive of Perry’s sobriety. After all, the Friends co-stars are still good friends today.

Jennifer Aniston, Jimmy Kimmel friendship: What you need to know about...