Earlier this year, Now to Love claimed that Aniston’s pregnancy is the reason why Pitt skipped the BAFTAs. Jennifer Aniston is struggling with her marriage so Pitt couldn’t bear to leave her in the United States.

Did Jennifer Aniston, Brad Pitt have a babymoon in Italy?

The Once Upon A Time In Hollywood star, allegedly, took Aniston to Italy so that she could get some rest. The former couple stayed at George Clooney’s Lake Como villa.

“George is stoked that Jen and Brad are back together and happily offered up his home. He even had the region’s best doctor on hand to help Jen with her illness and treated her to all sorts of natural remedies and stomach-soothing drinks,” the source said.

Aniston is stoked over the treatment that she and Pitt received at Clooney’s property. They A-listers went on a hike, and they also rode a yacht around Lake Como. 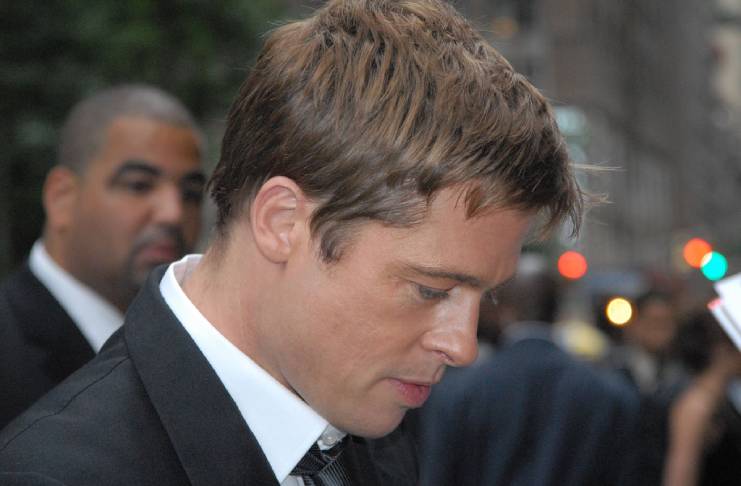 Brad Pitt makes it up to Jennifer Aniston

The dubious story also mentioned Pitt’s ex-wife, Angelina Jolie. A source said that the Friends star told Pitt that she’s grateful that he’s making up for leaving her for Jolie years ago.

“Jennifer Aniston feels like a goddess and has told friends he’s more than making up for leaving for Angelina Jolie. Brad’s only too happy to do it. He wants to enjoy every second of this precious time together and doesn’t even care that he missed out on accepting his award. For the rest of his life, he’s vowed that Jen and their little one come first,” the source said.

But the rumor-debunking site, Gossip Cop said that all the claims made by the tabloid are incorrect. Aniston never suffered from severe morning sickness because she was never pregnant.

The Morning Show star was never pregnant with Pitt’s child because they haven’t gotten back together. As such, there is no reason for Aniston and Pitt to go on a vacation in Clooney’s property.

Etheridge said that she loves Aniston and Pitt because they were a beautiful couple.

“I believe they will always remain, friends, because they’re two very special people that can get through anything. I just hope that their friendship lasts,” she told E! News.

Jennifer Aniston and Pitt divorced in 2005 after a five-year marriage.

Images used courtesy of DFree/Shutterstock and chris_natt / CC BY