Jennifer Aniston is, allegedly, blocking Meghan Markle’s plans to work with Brad Pitt on a movie.

According to New Idea, Aniston is worried that Markle would bail out of her project with Brad Pitt. After all, this is what she did with the royal family. But since Pitt is an inherently nice person, he might not be able to say no to Markle forever. However, no concrete pieces of evidence can confirm that these hearsays are correct as of this writing.

Does Meghan Markle want to work with Brad Pitt?

But the unnamed source insisted that Markle has always wanted to work with Pitt. And when she returned to Los Angeles, she has her sights set on meeting with Angelina Jolie’s ex-husband.

“At the time Brad was divorcing Jennifer Aniston, and even though Angelina Jolie was on the scene, Meghan outwardly confessed she’d liked to be the next Mrs. Pitt. Meghan has been badgering Brad’s people at Plan B [Entertainment] to set up a meeting for them since the day she and Harry touched back down in Los Angeles,” the unnamed source said, as per New Idea.

The insider claimed that Markle’s ultimate goal right now is to star in a movie with Brad Pitt. And she’s been pestering the actor’s staff to schedule a meeting with him.

Prince Harry’s wife has, allegedly, been reaching out to George Clooney, who is a friend of Pitt’s, to set them up for a casual but professional dinner to exchange their ideas. 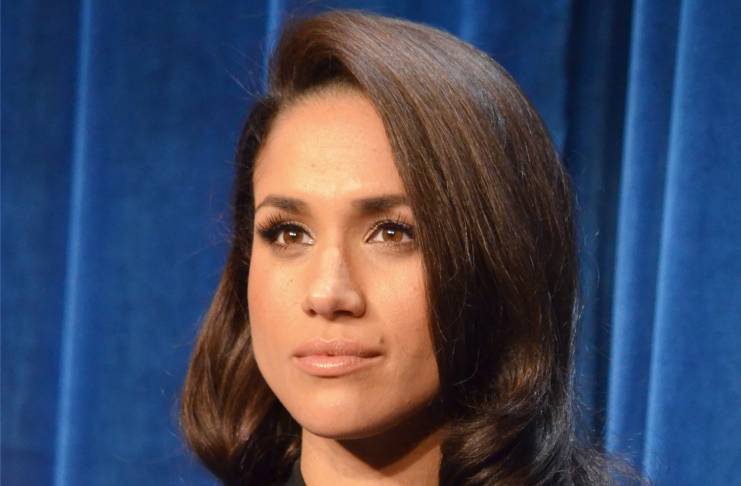 However, the source claimed that Aniston is making sure that a Markle-Pitt project won’t push through. Since the Friends actress, allegedly, got back together with Pitt, Aniston has become more protective of her rumored boyfriend.

“Like everyone, Jen has kept up with the whole saga about Meg marrying into the royal family and promising them everything, only to abandon them, which doesn’t look good on anyone. But for Jen, it’s a little more personal. Word gets around in Hollywood, and she’s heard how Meghan had designs on her husband during an intensely painful part of her life, so she is suspicious of her motives,” the source said.

The insider also claimed that Aniston is not happy with how Kensington Palace and Markle snubbed jewelry designer Jennifer Meyer. The latter posted on the social media accounts that the Duchess of Sussex wore one of her necklaces, but they asked her to remove it.

Aniston, allegedly, thought that what Markle and Kensington Palace did stank.

The Morning Show actress and her friends don’t also want Markle and Pitt’s project to push through. After all, the Suits alum is relatively a newcomer in the industry, unlike Aniston’s pals.

As such, they, allegedly, don’t like the thought that Markle will team up with Brad Pitt simply because she’s in a relationship with Prince Harry.

Miley Cyrus writing a tell-all about her marriage to Liam Hemsworth:...

Meghan Markle accused of using her miscarriage for PR

‘Attack on Titan’ Season 4: The change viewers will see with...

Gwen Stefani not returning to ‘The Voice’ to continue headlining Las...