Jennifer Aniston chose to believe her ex-husband, Brad Pitt amid reports that he cheated on her with Angelia Jolie.

The Once Upon A Time In Hollywood actor was cast in Mr. & Mrs. Smith alongside Jolie in 2005. Back then, Pitt was still legally married to Jennifer Aniston.

Years after their divorce, the Friends actress reacted to Pitt and Jolie’s intimate photos. The snaps made headlines shortly after Aniston and Pitt divorced.

“I just don’t know what happened. At this point, I wouldn’t be surprised by anything, but I would much rather choose to believe him,” Aniston told Vanity Fair.

The Morning Show star acknowledged the fact that the release of Pitt and Aniston’s photos was odd timing. However, Aniston stressed that Pitt is the one living his life. As such, she doesn’t have any say on what her ex-husband wants to do.

“He makes his choices. He can do whatever. We’re divorced and you can see why. There’s a sensitivity chip that’s missing,” Aniston said.

However, Aniston did not downplay the pain that she felt when she saw the photos of Pitt and Jolie cozying up to each other. But at the end of the day, the actress said that she will always love Pitt. 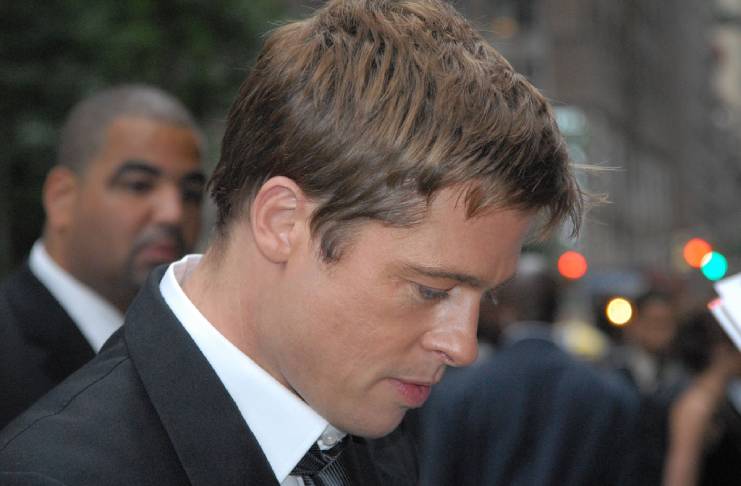 A year before Jennifer Aniston sat down for an interview, Jolie also talked about her relationship with Pitt. The Maleficent: Mistress of Evil star said that she did not expect to fall in love with the actor.

But after the filming for Mr. & Mrs. Smith wrapped up, Jolie and Pitt came to the realization that they want to be together.

“We spent a lot of time contemplating and thinking and talking about what we both wanted in life and realized that we wanted very, very similar things. And then we just continued to take time. We remained very, very good friends—with this realization—for a long time. And then life developed in a way where we could be together, where it felt like something we would do, we should do,” Jolie said.

Less than a decade after Jolie’s interview with Vogue, her and Pitt’s divorce was announced to the public. The couple fought over the custody of their six children for years.

According to Us Weekly, the former couple’s relationship is more cordial than ever. Pitt and Jennifer Aniston, on the other hand, are still good friends.