Last year, New Idea claimed that Jennifer Aniston and Schwimmer were romantically involved after the former shared a photo of the entire cast of Friends online. An unnamed source commented on the photo by saying that Aniston and Schwimmer’s connection was palpable. However, there are no concrete pieces of evidence that can prove these claims as of this writing.

“Jen and David have always had feelings for one another. After reuniting with the gang, it was clear that they still had a spark and their chemistry was stronger than ever,” the unnamed source said, as per New Idea.

The insider also claimed that Lisa Kudrow and Courteney Cox played matchmaker for Aniston and Schwimmer. 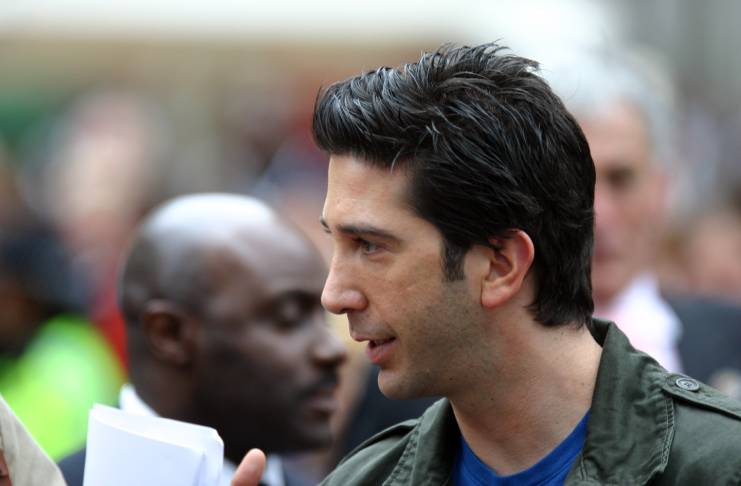 OK! magazine also reported last year that Cox and Matthew Perry’s rumored relationship is starting to blossom. An unnamed source told the tabloid that the co-stars are falling in love after their photos from a recent lunch out surfaced.

The insider also said that Perry had been carrying a torch for Cox for over 20 years. However, it is important to note that Cox has been dating Johnny McDaid for a couple of years now.

“She’s told Matt that he’s a charming, wonderful guy with a lot to offer, but she’s not interested in dating someone with too much baggage,” the unnamed source said, as per National Enquirer.

However, Gossip Cop has debunked all the claims made by the tabloid. The publication stressed the fact that Aniston and Schwimmer are not together. And the co-stars never talked about wanting to be in a relationship.

Cox and Perry aren’t also together. And though they were lovers on screen, they were never lovers in real life.

Rumors about the cast members of Friends have been rife in recent years. In 2017, Radar Online claimed that Aniston hated Perry. The Morning Show actress, reportedly, couldn’t stand Perry because he’s troubled.

An unnamed source told the tabloid that Aniston doesn’t want to socialize with Perry. However, Aniston, allegedly, doesn’t mean any harm. The insider also claimed that Perry thinks Aniston is a snob, who’s more interested in money and fame.

However, there are no concrete pieces of evidence that can prove that the hearsays involving Jennifer Aniston and Perry are true as of this writing.