Jennifer Aniston has opened up about her divorce from Brad Pitt a handful of times.

During her interview with Vogue, Jennifer Aniston was asked if she can remember when her post-divorce acrimony receded. The Friends star asked the interviewer if the question is about when she and Pitt healed, and the interviewer said yes.

“Well, it never was that bad. I mean, look, it’s not like divorce is something that you go, ‘Oooh, I can’t wait to get divorced!’ It doesn’t feel like a tickle. But I’ve got to tell you, it’s so vague at this point, it’s so far away in my mind, I can’t even remember the darkness,” she said.

In the end, Aniston and Pitt had an amicable split. And The Morning Show star also debunked some of the rumors surrounding her ex-husband.

“It wasn’t mean and hateful and all of this stuff that they tried to create about Brad can’t talk to Jen and Jen can’t talk to Brad because this person won’t allow it. It just didn’t happen,” she said.

Aniston also said that she and Pitt had a long conversation on the phone shortly after they divorced. Since then, the A-listers have been amicable and respectful towards each other. 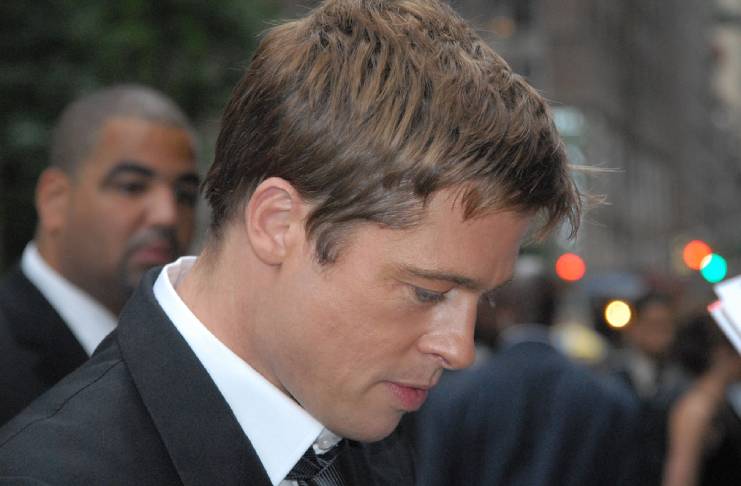 Jennifer Aniston also reacted to the expectations of fans that she and Pitt should be together until the end.

“Whoever said everything has to be forever, that’s setting your hopes too high. It’s too much pressure. And I think if you put that pressure on yourself – because I did! Fairy tale! It has to be the right one! – that’s unattainable,” she said.

Aniston and Pitt tied the knot in 2000. But the former couple announced their divorce five years later. Shortly after, Pitt got into a relationship with Angelina Jolie. And since then, Aniston and Jolie have been pitted against each other.

Three years before Pitt and Jolie divorced, the Ad Astra actor gushed over his then-wife. While at the world premiere of World War Z in London, Pitt also showed his support to Jolie for going public with her double mastectomy.

“That’s who I fell in love with from the beginning. The person that you see now is the person that I’ve always known. And she’s heroic and incredibly strong and will attack any problem head-on and make it work,” Pitt said.

At that time, Jennifer Aniston was dating Justin Theroux.

Images used courtesy of Kathy Hutchins/Shutterstock and chris_natt / CC BY