Jennifer Aniston earned millions per episode of “Friends” in the early 2000s.

Jennifer Aniston is one of the most popular Hollywood actresses in recent times. She reportedly started her career in the industry in the late 80s, while working several part-time jobs. These include jobs as a telemarketer, bike messenger, and waitress.

At that time, she made a few appearances on small-time productions, according to Cheat Sheet. But, it was her time on Friends that ultimately led her to her success in the entertainment industry.

Alongside her success, she has become one of the “highest-paid” actresses. However, just like any celebrity, she started somewhere. In fact, at the start of Friends, she only made about AU$32,285 per episode.

Jennifer Aniston and the early installments of Friends

During the first season of the comedy sitcom, each of the celebrities reportedly made $22,500 per episode. But, as the show grows its number of fans and followers, the salaries also increased, as per reports. 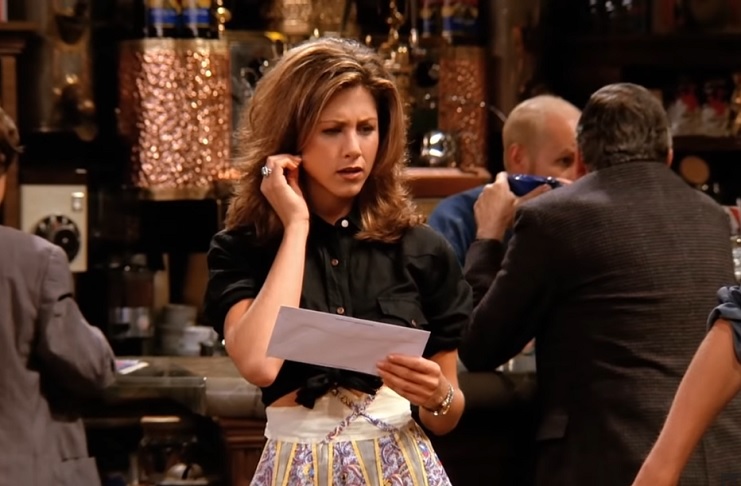 However, Jennifer Aniston and her on-screen partner, David Schwimmer, who played the role of Ross Geller, made much more salary increases than the rest of the cast.

Pay cuts due to the pay gaps

With the apparent pay gap between Jennifer Aniston, David Schwimmer, and the rest of the Friends‘ main cast, the group “renegotiated” for equal pay starting in Season 2, according to the Evening Standard. There were even claims that the group “threatened” the production to “not show up” for the filming and taping.

Speaking on air, Jennifer shared that they were doing “equal work.” Accordingly, they all deserved equal compensations. It would not “feel good” knowing “I was getting something greater,” she added.

The renegotiations eventually led Jennifer and David to have “pay cuts” to ensure that everyone in the cast would receive equal pays. By Season 3, they all reportedly received $75,000 per episode.

Jennifer and the rest of the cast made millions

Friends ran for ten seasons on NBC. In the latter part of the course, the show became enormously popular across the globe, as per claims. This apparent fame and success eventually led the cast to earn $1 million per episode.

Cheat Sheet noted that this amount equates to thousands of dollars per minute of Friends‘ airtime. As explained, considering that each episode lasts for 20 to 22 minutes, Jennifer Aniston and the rest of the group earned $45,000 per minute on the show.