Jennifer Aniston just realized a year after that her marriage to Brad Pitt “overlapped” with the actor’s relationship to Angelina Jolie.

Jennifer Aniston and Brad Pitt first met in 1994. As stated, they “crossed paths” because their managers were friends.

Four years later, the two then started to date. They reportedly kept quiet about it, and it took a year before they finally went public.

After they stepped out as an official couple, they announced their engagement the following month, according to Marie Claire. Within a year, they tied the knot and celebrated the whole event lavishly.

For years, they became one of the most highly celebrated couples in Hollywood. But, it all changed in 2004.

In 2004, Brad Pitt and Angelina Jolie worked on a film project together. During this period, speculations and allegations started to emerge. As per claims, something was going on between the two celebrities.

While they continued to deny the claims, even the staff of the movie did, too, fans and supporters could not “un-see” the chemistry between Brad and Angelina. Despite the general reception toward the then-on-screen couple, nothing happened until almost a year later. 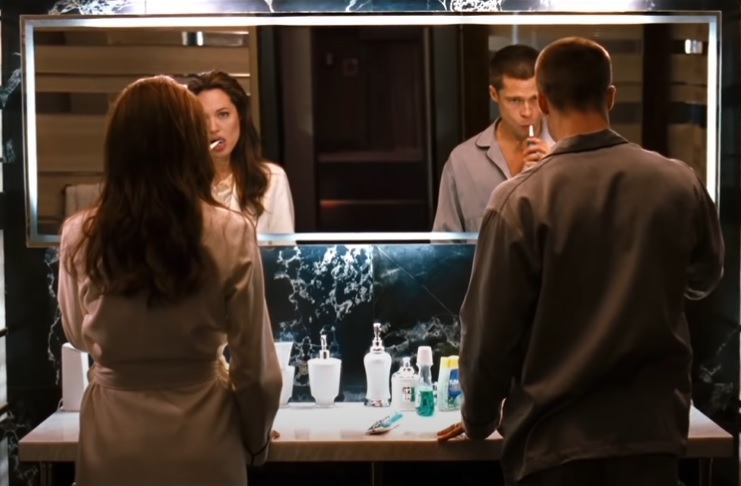 In January 2005, Jennifer Aniston and Brad Pitt released a “joint statement” about their split. They reportedly explained that the separation was not a “result” of the reported speculations and allegations about their marriage. The statement also clarified that the split came from a “much thoughtful consideration.”

But, shortly after the split, Brad Pitt and Angelina Jolie went in public. This reportedly confirmed the public’s speculations that Jennifer and Brad’s marriage fell because of the Tomb Raider actress. However, this was not the case on the Friends‘ actress’ part.

It was not until a few months later when she learned the truth directly from Angelina Jolie and Brad Pitt.

Angelina Jolie discussed how she and Brad Pitt fell in love.

In an interview with Vogue, Angelina Jolie reportedly shared how she and Brad Pitt first fell in love. As revealed, they already felt something in 2004 when they were filming Mr. and Mrs. Smith.

The actress then went on to describe how “excited” she was every day on set as she and Brad would be together again, as per People. We just became a “pair,” Angelina added.

A few months after, Jennifer Aniston broke her silence and explained that she was “hurt.” As reported, the Friends actress felt it was “inappropriate” for Brad Pitt and Angelina Jolie to reveal that they started to fall for each other during the former’s marriage to her.

I was “unaware” that those things happened, and it was “really uncool,” Jennifer Aniston said.