Jennifer Aniston was, allegedly, in a love triangle with Lady Gaga and Bradley Cooper.

Last year, Now to Love claimed that Bradley Cooper got into a love triangle with Lady Gaga and Aniston shortly after her split from Irina Shayk. An unnamed source claimed that Aniston and Cooper had a real spark. While Lady Gaga, on the other hand, was confident that she and Cooper would get together after he splits from Shayk. However, no concrete pieces of evidence can confirm that these hearsays are correct as of this writing.

The unnamed source also claimed that the “Poker Face” singer was furious at Aniston for waltzing in and trying to steal Cooper from her. Lady Gaga and Cooper were first linked to each other after they appeared in A Star Is Born.

The insider also claimed that Lady Gaga was ready to fight for Cooper. And if Aniston wouldn’t back up, things could get ugly between the two women.

However, one should take the claims made by the tabloid with a grain of salt. Aniston and Cooper didn’t share a real spark last year. And the Friends actress didn’t try to steal Cooper from Lady Gaga. After all, there was nothing going on between the co-stars. 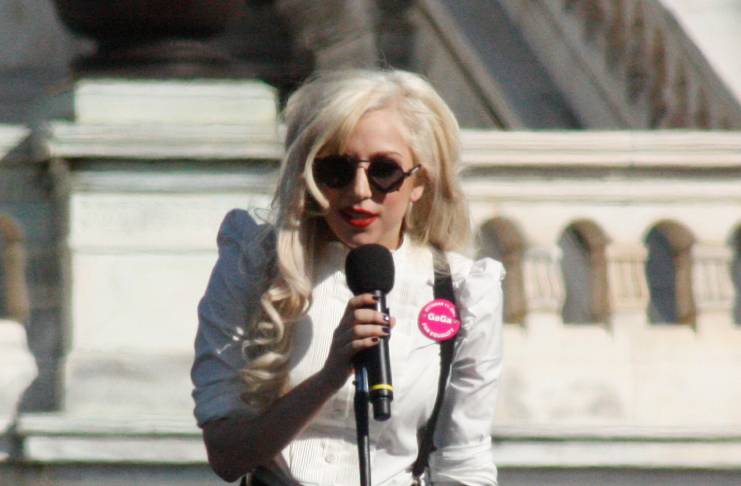 Rumors about Lady Gaga and Cooper dating have been rife in the past year because of their hit movie, A Star Is Born. In fact, Now to Love, previously, claimed that the co-stars wanted to be the next Angelina Jolie and Brad Pitt. And they have, allegedly, created the nickname “Braga,” which is similar to “Brangelina,” according to Gossip Cop.

Months later, the tabloid claimed that Bradley Cooper and Lady Gaga’s relationship was over. An unnamed source claimed that the actor just strung the singer along while he was getting over Shayk.

“The emotional roller coaster caused a lot of tears,” the unnamed source said, as per Now to Love.

Lady Gaga is aware of all the dating rumors between her and Cooper. But during her interview with Oprah Winfrey, the singer called the rumors “silly.”

“I mean, we made a love story. As a performer and as an actress, of course, we wanted people to believe that we were in love. And we wanted people to feel that love at the Oscars. We wanted it to go right through the lens of that camera and to every television that it was being watched on. And we worked hard on it, we worked for days. We mapped the whole thing out – it was orchestrated as a performance,” she told Elle.

As of late, Bradley Cooper has not responded to the Lady Gaga and Aniston dating rumors.