Brad Pitt and Jennifer Aniston started dating in 1998. Nearly two years after, they decided to tie the knot. Since then, they became one of the most famous Hollywood couples.

However, they ended their marriage five years later. Many fans and supporters reportedly believe that this was because of Angelina Jolie. Although it was likely part of the reason, Brad and Jennifer reportedly grew apart, according to the Daily Mirror.

Jennifer Aniston finished filming Friends in 2004. At that time, Brad Pitt and Angelina Jolie were working for their project, Mr. and Mrs. Smith.

As stated, it was already the perfect time for them to start a family. The actress reportedly shared this publicly in an interview. However, instead of starting a family, they ended up divorcing each other.

Speaking to Vanity Fair, Jennifer reportedly admitted that there were “problems” in the marriage. But, just like any other relationship, the actress believed that they would “work through” it all. 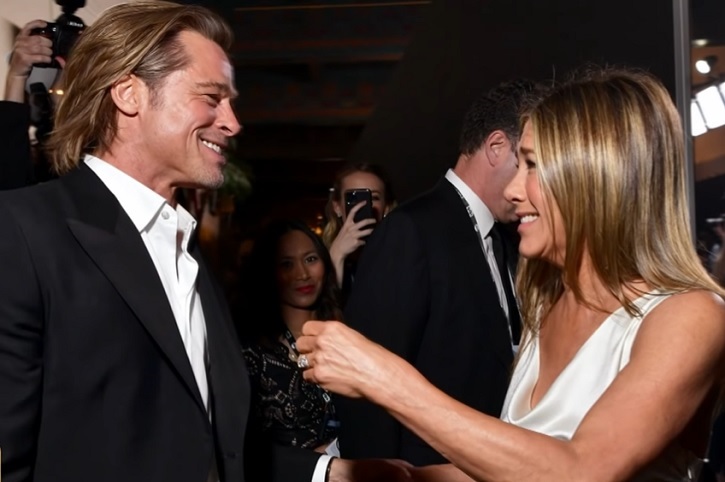 Unfortunately, “relationships are complicated,” the actress said. She also went on to explain that two individuals in a relationship are “continually evolving.” But, “when you stop growing together,” this is when problems emerge, she added.

Sources then reportedly revealed that Jennifer Aniston and Brad Pitt’s “busy schedules” caused difficulties, as well, for their relationship. They had difficulties in maintaining “intimacy,” the reports explained.

When Friends ended its course on small screens, the actress reportedly “struggled emotionally.” Jennifer also described the event as “painful” in an interview.

She reportedly “grappled” over the split of the cast and crew. Meanwhile, her then-husband began to “withdraw” himself from the marriage, according to Cheat Sheet.

As it happened, Brad Pitt “was not there” for his then-wife. He did not even show up for the final filming and taping of the show. “He was working,” Jennifer added.

She would not change what happened

When asked about the past, Jennifer Aniston asserted that she would not change anything about it. She would not reportedly change her “successes” or even her “heartaches.” I “love who I am,” and the person that I’m “continuing to become,” she explained.

In the end, though, the actress shared a few “regrets” that she had. As revealed, Jennifer Aniston would not give herself “so much,” which she reportedly “did at times.” It was “his needs before mine,” she said.