Home Entertainment Jennifer Aniston secretly met up with one of her suitors at the...

Jennifer Aniston has not, allegedly, given up on love.

According to Life & Style, Jennifer Aniston has never given up on love.

Aniston has been single for three years. But a source claimed that she recently met up with one of her suitors.

“Jen’s never given up on love. She’s still looking. She has to make sure she clicks with someone before she’s going to make the effort to venture out of her bubble. But she has secretly met up with one suitor at the mall,” the source said.

Prior to this, Aniston was linked to a slew of other men in recent months.

There were claims that he connected with Halle Berry’s ex, Gabriel Aubry. And when that didn’t work out, Aniston, allegedly, revisited her feelings for her Friends co-star, David Schwimmer.

According to the tabloids, Aniston and Schwimmer have always had feelings for each other. But it was only recently that they decided to act on it.

Jennifer Aniston is still not over Brad Pitt, Justin Theroux 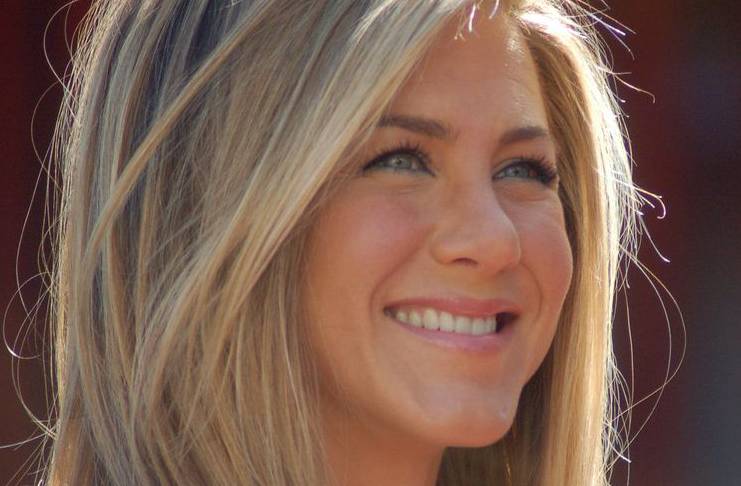 However, both relationships with Aubry and Schwimmer didn’t progress because the tabloids are also speculating on the possibility that Aniston still hasn’t gotten over Justin Theroux and Brad Pitt.

But regardless of what the tabloids say, it’s not true that Jennifer Aniston has been trying to find love. In fact, the actress recently said that she’s not in a rush to date.

According to Aniston, she’s happy being single. And if this isn’t enough proof that she’s not dating anyone, then there’s really nothing much to say about the matter.

It’s not also true that Aniston recently went out on a date at the mall. If the actress wanted to meet up with her date for the first time, she would’ve chosen a more appropriate venue.

And the fact that the tabloid was unable to provide the identity of Aniston’s alleged date proves that they are just making up this story.

Jennifer Aniston is single by choice. But this doesn’t mean that she’s still caught up with her alleged feelings for Pitt or Theroux either.

‘One Piece’ Chapter 1029 spoilers: What is the world government’s real...