Jennifer Aniston, previously, shared details from the lengthy conversation she had with Brad Pitt after their divorce.

While speaking with Vogue in 2008, Jennifer Aniston said that she and Pitt have already exchanged a few kind hellos since they separated. The Friends star also congratulated Pitt on the birth of his kids with Angelina Jolie.

“We had an amicable split… The marriage didn’t work out… Pretty soon after we separated, we got on the phone and we had a long, long conversation with each other and said a lot of things, and ever since we’ve been unbelievably warm and respectful of each other,” Aniston said.

At the time of the interview, Pitt was still with Angelina Jolie. There were claims that the Ad Astra actor cheated on Aniston with the Maleficent: Mistress of Evil actress.

Despite these allegations, Aniston has only said positive things about her ex-husband. The actress also thinks that she’s been unbelievably lucky in love.

“Whoever said everything has to be forever. That’s setting your hopes too high. It’s too much pressure. And I think if you put that pressure on yourself… that’s unattainable,” she said. 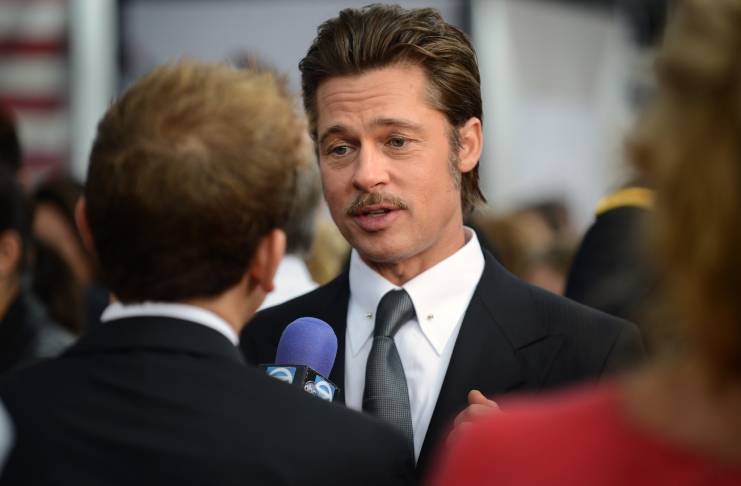 Brad Pitt, Jennifer Aniston didn’t see each other for years

Portia de Rossi revealed that Aniston and Pitt haven’t seen each other 10 years after The Morning Show actress’s interview with Vogue. Ellen DeGeneres’ wife shared that she saw a photo of the former couple on the cover of a tabloid.

She said that she stared at the cover photo because Pitt and Aniston haven’t seen each other. However, the tabloid claimed that the A-listers are back together.

De Rossi said that she took a photo of the tabloid and then she sent it to her wife. Despite the Ally McBeal star’s confirmation that Pitt and Aniston haven’t gotten back together, the rumors still haven’t died down.

Brad Pitt reunites with his ex-wife

Earlier this year, Aniston and Pitt finally reunited at an awards show. And several publications claimed that they were an item. However, those closest to the couple said that this isn’t the case.

Last year, a source told Us Weekly that Aniston and Pitt may seem flirtatious at times. However, there’s nothing romantic going on between them.

“Brad and Jennifer Aniston have a wonderful connection that may seem flirtatious at times. They dig each other’s sense of humor and have infectious energy when they’re together, but they insist things are purely platonic and nothing more than that,” the source said.