Jennifer Aniston could still be keeping her $500,000 engagement rings from exes, Brad Pitt and Justin Theroux.

While speaking with Brides, David Glass, a Los Angeles based lawyer said that Jennifer Aniston isn’t required to give the engagement rings back to her ex-husbands.

“The engagement ring pre-dates the marriage. It’s Jennifer’s separate property regardless of whether it is mentioned in the prenuptial agreement,” he said.

Earlier this year, Aniston made headlines for wearing a diamond ring that resembled the one that Pitt gave her. But upon closer inspection, the diamond ring that the Friends actress wore at the Golden Globes wasn’t the one from her ex-husband.

There were rumors that Aniston was tying the knot again because of the ring that she wore to the awards show. However, her rep told Express that this wasn’t the case.

Over two decades ago, the Once Upon A Time In Hollywood actor surprised Aniston with an engagement ring that he co-designed.

According to the Cheat Sheet, Pitt wanted the diamonds on the ring to represent a heart. The actor also liked the symbolism of eternity. And the ring made by Silvia Damiani showcases this design.

Years later, Aniston stepped out in public with another stunning ring on her finger while filming We’re The Millers in Mexico. 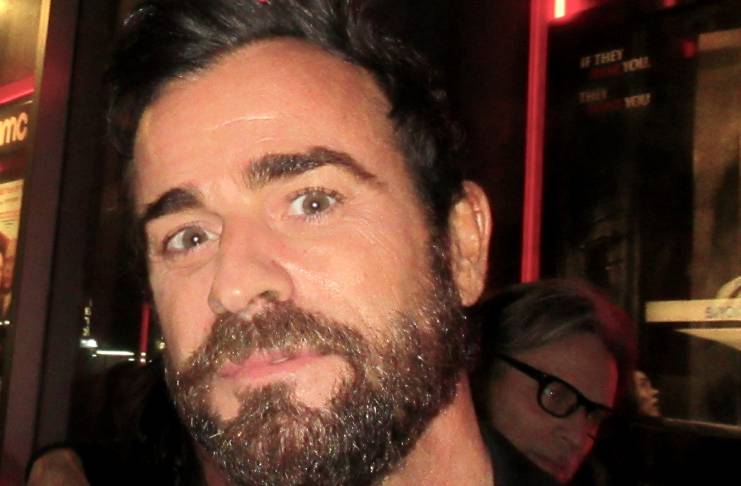 During his interview with the New York Times, Theroux described their divorce as heartbreaking and gentle. The actor also said that there was no animosity between him and his ex-wife.

“Again, neither one of us is dead, neither one of us is looking to throw hatchets at each other. It’s more like, it’s amicable. It’s boring. But you know, we respected each other enough that it was as painless as it could be. It was heartbreaking, only in the sense that the friendship would not be the same, as far as just the day to day and the friendship is shifting and changing. That part is something that we’re both very proud of,” he said.

Last year, rumors swirled that Jennifer Aniston is dating Will Speck. However, there hasn’t been any update regarding their alleged relationship.