Reese Witherspoon asked Jennifer Aniston to join the cast of “Big Little Lies.” Will she star in the next season?

Big Little Lies last aired on HBO almost a year ago. While it remains unknown if there will be a new season, Reese Witherspoon reportedly invited Jennifer Aniston to join the cast of the series for its next run.

The two celebrities have known each other since Friends. As it happened, Reese played Rachel Green’s sister, Jill, back in 2000. Nearly two decades after their first project, they recently got back together for Apple TV+’s The Morning Show.

Weeks after the premiere of the new series, both of the highly-acclaimed actresses sat down in an interview with The Sunday Times. Aside from giving an insight into their most recent project, they also talked about their relationships and other endeavors outside The Morning Show.

When asked about their time together outside work, Jennifer Aniston revealed that “there is no hanging out” with Reese Witherspoon. She also described her as a “hard-working woman,” which is reportedly the reason why they would not hang out much.

The Legally Blonde actress immediately responded, “Big Little Lies.” She then seemingly urged the Friends star to join them as she blurted, “Come on!” 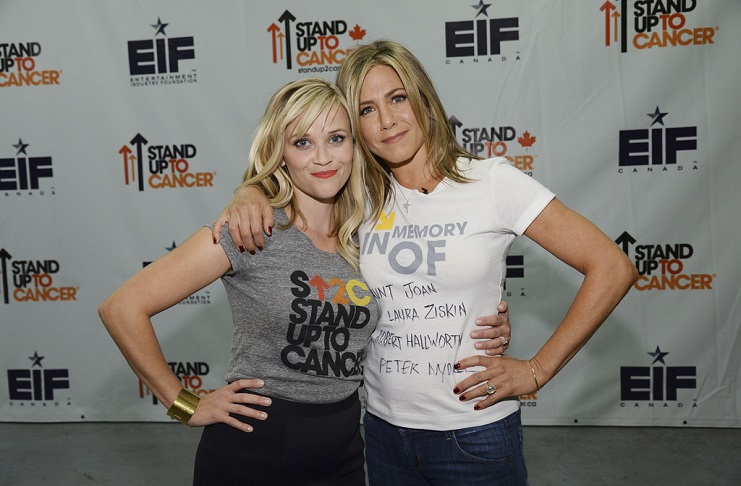 Jennifer Aniston was not sure if the offer was serious, according to Her. But, she would reportedly “love to” if given the chance.

Aside from her, Reese Witherspoon also revealed how Nicole Kidman would also love to have Jennifer on their HBO show. She said that “Nicole would die” for it. As asserted, the Practical Magic actress is a “huge fan” of Jennifer Aniston.

While Reese Witherspoon has already invited several celebrities, including Jennifer Lopez, to join the cast, the future of the show has remained unknown. As mentioned, the second season finale aired in July of last year. But, many of the “heads” of the show already hinted that Season 3 is “unlikely,” as per Cheat Sheet.

Despite the assertions, the main cast of Big Little Lies has reportedly shared their desire to continue with the series. In the past few months, they have repeatedly emphasized how much they want the show to have another installment on HBO.

In the case of Jennifer Aniston, though, she might join Reese Witherspoon, and the rest of the cast of Big Little Lies if the show gets green light from HBO. But, until then, there is no telling if the actress will accept her co-star’s invite.