Jennifer Garner, reportedly, considered going back to Ben Affleck a couple of times after their divorce in 2015.

A source told OK! magazine that Jennifer Garner toyed with the idea of rekindling her romance but she followed her instincts instead.

“But Jen’s gut instinct was that she needed to look forward instead of back,” the source said.

Years after her divorce, Garner started dating John Miller. The couple has been together for almost two years. The insider claimed that the couple is already engaged.

According to the source, no one is surprised by the couple’s engagement because Garner and Miller complete each other.

Affleck has also moved on from Garner. He’s now dating Ana de Armas. The couple has also been self-isolating together at the Batman v Superman star’s home in Los Angeles.

Jennifer Garner’s kids are her priority

Before Garner and Affleck found their respective partners, they first faced some tough years together. Following their split, things were hard for the 13 Going On 30 star.

The source said that everything seemed uncertain for Garner because there were a lot of worries, confusion, and sadness. But because of her kids, Violet, Seraphina, and Samuel, Garner is at a point in her life where she’s happy.

“Jen’s moving at a pace that suits her, and there’s no doubt she’s happier now than she’s been in years. She’s very grateful for the way life’s turned out. Violet, Seraphina, and Samuel are her entire world,” the source said. 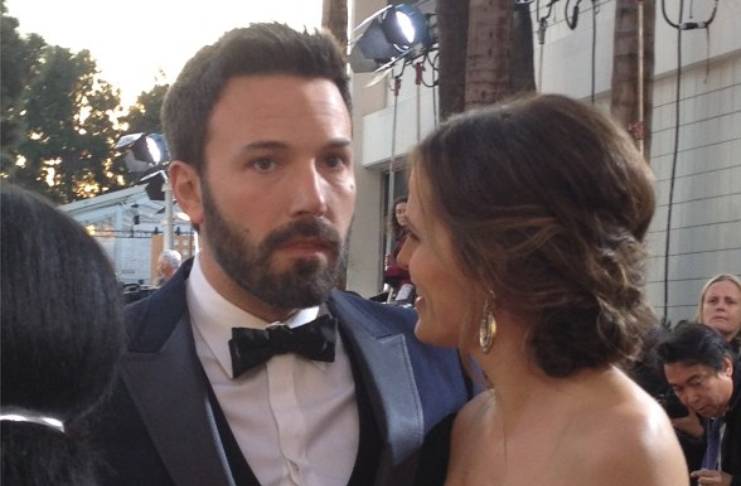 The actress talks about her divorce

Four years ago, Jennifer Garner spoke with Vanity Fair to share details about her divorce from Affleck. Garner and Affleck were no longer living together for months before they made the announcement.

The actress also denied the claims that their split was due to Affleck’s infidelity. Affleck and their children’s nanny, Christine Ouzounian, allegedly, dated.

“We had been separated for months before I ever heard about the nanny. She had nothing to do with our decision to divorce. She was not a part of the equation. Bad judgment? Yes. It’s not great for your kids for [a nanny] to disappear from their lives. I have had to have conversations about the meaning of ‘scandal,’” she said.

Garner also encouraged her fans to stop being so hard on her ex-husband. After all, they were blaming Affleck for the divorce.

However, Jennifer Garner reassured them that her eyes were open during the marriage. She was also taking good care of herself back then.