Sophie Turner and Joe Jonas are one of the most popular Hollywood couples today, which is attributed to their chemistry and sweetness towards each other. But before all of that could take place, the DNCE frontman revealed that his wife demanded a particular condition before their relationship could blossom.

That condition involves binge-watching the Harry Potter movies. Joe Jones revealed this fun fact when he went on a remote interview with James Corden.

“Sophie, she said, ‘Look, if we’re going to get married’ — and it was actually, ‘If you’re going to date me, you have to watch the Harry Potters. Because every Christmas, for those of you that are watching that don’t know, every Christmas in the U.K. they just stream and play Harry Potter, all of them. So I watched them all, I fell in love with it,” the singer said.

The couple’s fandom is so strong that they’ve been building Lego structures based on the franchise, including a Hogwarts castle that has around 7,000 pieces. Along with this, Joe Jonas and Sophie Turner are also busy creating Lego replicas that are based on Lord of the Rings as well.

In fact, the 30-year-old pop icon revealed that he also had a condition for Sophie Turner, which is to watch all the LoTR screen adaptation. Between Harry Potter, LoTR, and Game of Thrones­, it appears that the couple is quite fond of the fantasy genre. 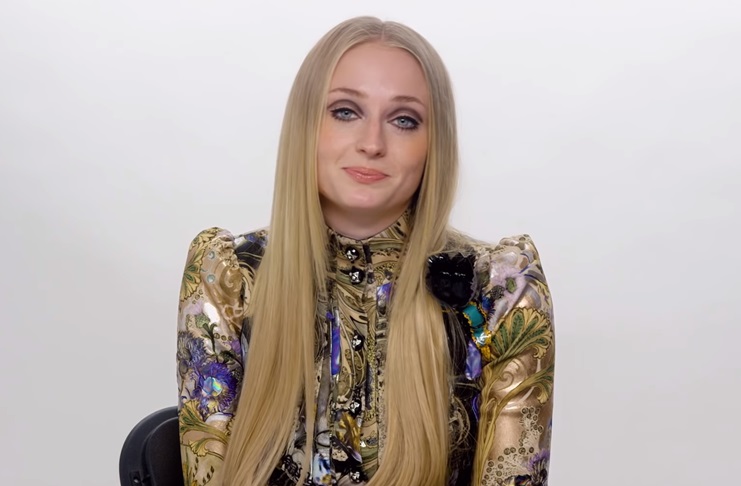 Turner and Jonas are set to celebrate their first wedding anniversary on May 1. They were legally married in Vegas but got married for a second time in Chateau de Torreau in South France.

The pair were planning to celebrate their anniversary at Sin City. But given the current state of the world, they’re still quarantined at their house similar to everybody else. As an alternative, Jonas said they’ll attempt to bring Vegas to them – DJs and all.

Regarding the rumors surrounding the couple, there have been claims that the Game of Thrones star is pregnant. However, it’s best to take this with a grain of salt as Jonas nor Turner has yet to confirm these talks.

But there have been some hints lending veracity to the claims, one of which revolves around Sophie Turner and her sudden abstinence from alcohol. Pair this with Joe Jonas’ recent comments that they’ve toned down their party-centric lifestyle, and the rumors become all the more believable. But again, it’s best to wait for confirmation from the duo before jumping to conclusions.