Johnny Depp had nothing but wonderful things to say about Amber Heard years before their domestic abuse case made headlines.

During his interview on Today in 2014, Johnny Depp confirmed his engagement to the Aquaman star.

“She’s a wonderful girl. She’s sharp as a tack. A southern belle and sweet as can be and very good for me,” Depp said.

Prior to the interview, Depp was photographed wearing a diamond ring while in Beijing. A photographer noticed the ring and asked if this means he and Heard are already engaged.

“The fact that I’m wearing a chick’s ring on my finger is probably a dead giveaway. Not very subtle,” he said.

But just two years later, Depp and Heard announced their divorce. Initially, the couple cited their irreconcilable differences as the main reason for their split. 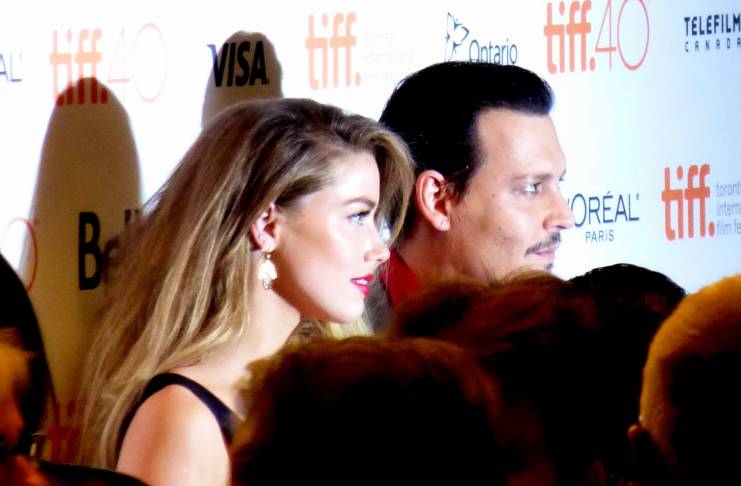 Shortly after, Heard accused her ex-husband of domestic abuse. The actress also filed a restraining order against the Pirates of the Caribbean star back then.

In her filing, Heard claimed that Johnny Depp began obsessing over something that wasn’t true and the actor became extremely angry. The actress revealed that Depp threw a phone at her, which struck her cheek and eye.

The London Fields star also shared photos of her bruised face and the smashed wine bottles that Depp allegedly threw inside their apartment.

Heard’s friend, Io Tillett Wright penned an article for Refinery29 saying that he was on the phone with Heard when the assault happened.

“The reports of violence started with a kick on a private plane, then it was shoves and the occasional punch until finally, in December, she described an all-out assault and she woke up with her pillow covered in blood. I know this because I went to their house. I saw the pillow with my own eyes. I saw the busted lip and the clumps of hair on the floor,” he wrote.

Eventually, Heard agreed to settle the domestic abuse case that he filed against Depp. However, years passed and new details from their altercations became known.

In the audiotapes released by Daily Mail, Heard admits to physically hurting Depp. She also taunts the Edward Scissorhands actor by saying that no one would believe him if he says he’s a victim of abuse.

Johnny Depp and Heard will face each other in court at the end of this year. The former filed a $50 million defamation case against his ex-wife.

Jennifer Aniston allegedly doubts she could get back together with Brad...