Johnny Depp recently issued subpoenas to collect all correspondence between Amber Heard, the ACLU, and the Children’s Hospital Los Angeles.

Years ago, Johnny Depp agreed to give his ex-wife a $7 million settlement after Heard filed for divorce from him. The Aquaman actress accused Depp of domestic violence in 2016.

According to The Blast, Depp is asking the court to force both organizations to release all their correspondence with Heard.

The communication between the hospitals and Heard includes all written and verbal exchanges between persons or entities via phone, email, letters, telegraphs, and more. 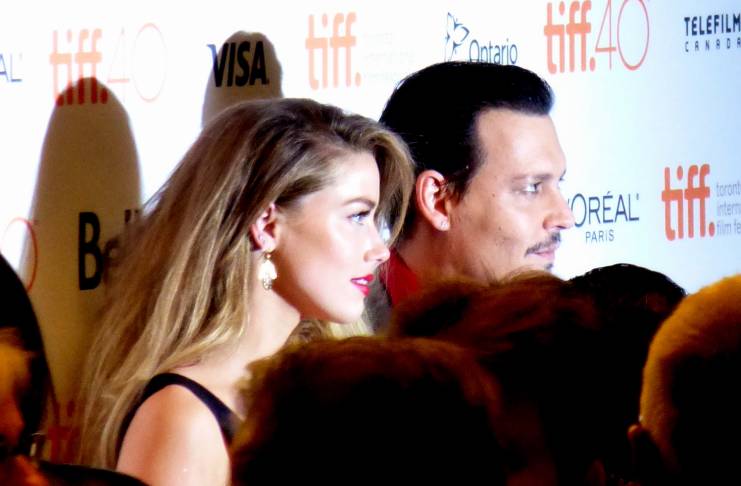 After receiving the settlement amount from the Pirates of the Caribbean actor, Heard released a statement saying that money isn’t important to her.

“As described in the restraining order and divorce settlement, money played no role for me personally and never has, except to the extent that I could donate it to charity and, in doing so, hopefully, help those less able to defend themselves,” she said.

Depp responded to his ex-wife’s statement by offering to send the money directly to the ACLU and the Children’s Hospital Los Angeles. But The Rum Diary actress still made the decision to donate the money herself.

Heard responded to the offer made by Johnny Depp by saying that it breaches the terms of their agreement.

“If Johnny wishes to change the settlement agreement, we must insist that he honor the full amount by donating $14 million to charity, which, after accounting for his tax deduction, is equal to his $7 million payment obligation to Amber,” the actress said.

The organizations recognized Heard’s donations shortly after they were made. But Depp and his lawyers, reportedly, want to know who is behind the donation made under the actress’s name.

Adam Waldman, the attorney of Depp, noted the fact that Heard’s ex-boyfriend, Elon Musk is one of the top donors at the ACLU.

“Amber Heard claimed she donated millions of Johnny Depp’s money to the ACLU, where Ms. Heard’s friend Elon Musk is coincidentally one of the ‘top donors.’ Then ACLU not only posted Ms. Heard’s defamatory op-ed furthering her abuse hoax against Mr. Depp on their website but ACLU ‘worked’ with Heard on that op-ed. Then ACLU tried, unsuccessfully and bizarrely, to enter Mr. Depp’s defamation case against Ms. Heard. There is a trail of unanswered questions about the relationship between Amber Heard and the ACLU. With this subpoena, we hope to get to the bottom of those questions,” Waldman told The Blast.

As of late, Johnny Depp, Heard, and the charitable organizations have not yet addressed the matter publicly.

‘Streets of Kamurocho’ is a mix between ‘Yakuza’ and ‘Streets of...

Brad Pitt will reunite with his kids on Christmas, overnight plans...

Second season pass for ‘Borderlands 3’ announced and is coming soon

PlayStation 5 UI has been revealed by Sony