The latest, and probably sharpest, ground-based image of Jupiter makes it look like the planet is burning.

The Gemini Observatory’s North telescope in Hawaii took photos of the gas giant throughout a span of three years. The results were some of the sharpest ground-level images taken of Jupiter.

It aided the Juno project with some important discoveries about the planet. 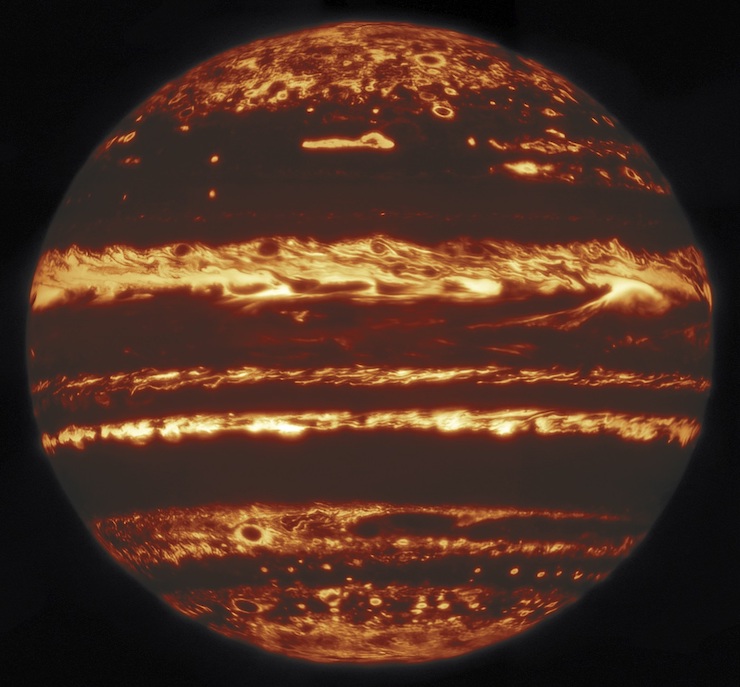 The observatory used a technique called lucky imaging in order to catch the images it released last May 7.

The team was led by Michael Wong of U.C. Berkeley and used Gemini North’s Near Infrared Imager (NIRI) to take short exposure shots of the planet.

The team then filtered out the clearest shots from the set, which were only taken when the earth’s atmosphere was at its most stable. This resulted in sharp infrared shots of the planet.

According to the Guardian, Wong says that the Jupiter shots that came out were clear enough to rival images taken by the Hubble telescope from space.

The two telescopes have been working in tandem with the Juno spacecraft to monitor surface phenomena on Jupiter.

The three equipment were working together to map and observe convection currents within the gas giant’s tumultuous storm-riddled surface. 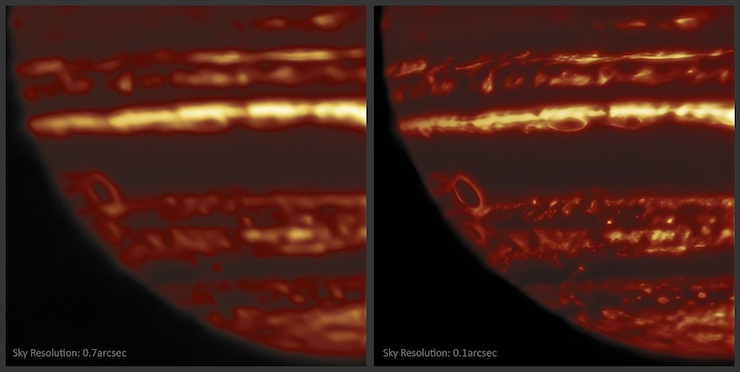 Juno was the point-man, so to speak, in the team. It collected data generated by lightning on the planet, which it can detect as radio waves through its equipment.

Hubble, meanwhile, collected physical visual data on Jupiter. Gemini supplemented these with an infrared scan of the planet.

The three points of data were then compared in order to identify what happens on the planet and beneath its clouds whenever lightning is generated.

According to Science X, the infrared shots taken by NIRI helped scientists better understand the way lightning is generated on the planet. The bolts are created by convective air currents on Jupiter.

One of the challenges facing the team now is to determine if the storms on Jupiter are generated in the same way they are generated here.

“Ongoing studies of lightning sources will help us understand how convection on Jupiter is different from or similar to convection in the Earth’s atmosphere.”

A better understanding of Jupiter’s storms will help future scientists study the planet more efficiently. Gemini’s regular infrared images might just provide key information on what goes on at the planet’s surface.

Images [1] and [2] courtesy of the Gemini Observatory