Jurassic World: Dominion will resume its filming by next month at Pinewood Studios in the United Kingdom, and will likely be the first tent pole production from a major film studio to restart shooting in Great Britain.

According to an exclusive report from Deadline, Universal Pictures has confirmed that the most recent outing from the Jurassic World series will recommence its shoot by July 6. That’s roughly three weeks from now and about three months since the initial production was shut down back in March earlier this year.

In light of the ongoing COVID-19 pandemic, the production team of Jurassic World: Dominion will be following strict safety guidelines all throughout the filming.

Apart from the heightened protocols, the cast and crew will undergo a pre-production period lasting for 14 days starting next week.

Getting back on track

Production for the movie had already begun earlier this year at Pinewood Studios, where the Fallen Kingdom was filmed.

But last March, filming was put on hold over concerns of the coronavirus.

The original plan was to resume production in the ensuing weeks, sometime in April, but increased COVID-19 cases in Europe have since compelled Universal Pictures to halt the shoot for an indefinite period of time.

That hiatus should end in less than a month’s time with the production staff set to resume the shoot, but with added safety protocols to follow. 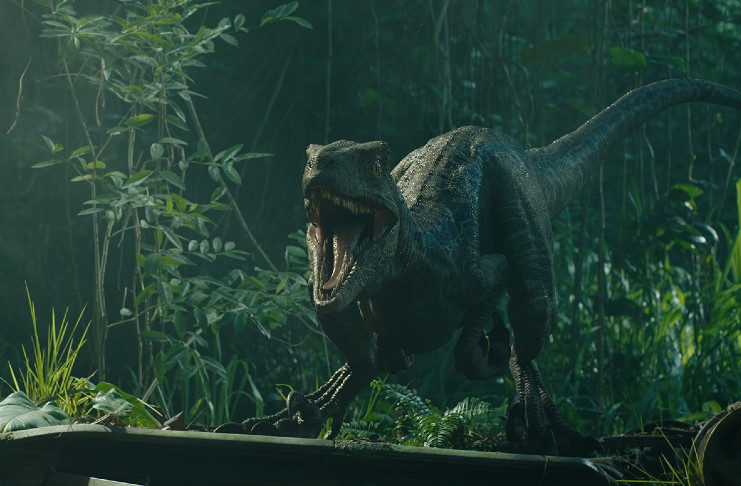 Per the Deadline report, Universal Pictures has been coordinating closely with the U.K.’s British Film Council, as well as American unions, in order to make sure that the resumed production complies with all mandated standards.

On top of that, the major film studio is also reportedly spending about US$ 5 million [AU$7.2 million] to ensure its protocols are implemented.

A portion of that amount will go to the procurement of thousands of tests to be used for the remaining days of shooting. Every member of the cast and crew will be required to undergo testing prior to going to Pinewood Studios, with subsequent additional tests to be carried out throughout the production.

Other safety protocols include acquiring the services of a private medical facility to handle the shoot’s medical needs, coronavirus training for all production personnel, deployment of on-set medical staff, more than a hundred hand sanitizer stations, and masks to be worn by everyone, except for actors and dinosaurs while filming.