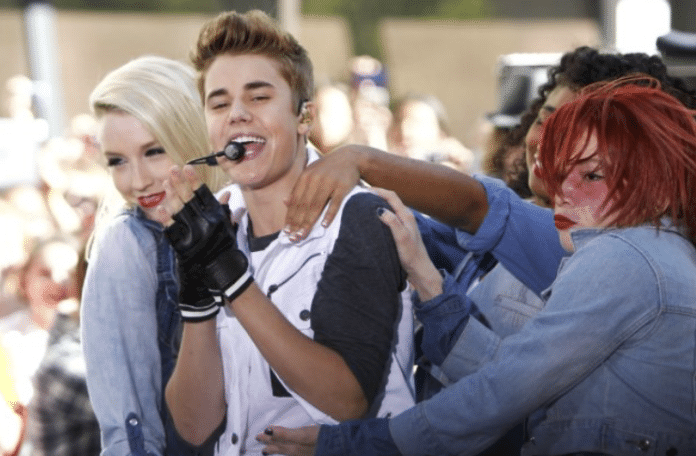 Justin Bieber did not smell stinky due to his diet, which allegedly involved eating sauerkraut and beets, contrary to what a tabloid claimed.

Justin Bieber allegedly switched to a new diet after his battle with Lyme disease. One outlet claimed that his new way of eating was affecting his smell. Gossip Cop investigated the claim and found out that it was not true.

Last year, Globe published a report claiming that Justin Bieber had become obsessive with his health. He allegedly dedicated himself to a rigorous mind and body cleanse after his battle with Lyme disease.

The Baby singer spent hours meditating in the sauna, drinking odd herbal teas, and adhering to a strict diet of sauerkraut and beets. Hailey Baldwin’s husband allegedly smelled bad due to his new diet.

Gossip Cop looked into the strange claims involving Justin Bieber. A source close to the Yummy crooner said the report was absurd, and the story was unbelievable.

The rumor-debunking site added that Bieber has always been a common target for strange and made-up stories like the diet story.

What did Bieber say about his Lyme disease

In January 2020, Justin Bieber shared in an Instagram post that he was diagnosed with Lyme disease and had a “serious case of chronic mono,” USA Today reported.

The Grammy winner said many people thought he was using meth, but they were not aware that he was diagnosed with Lyme disease. Aside from that, he had a serious case of chronic mono, which affected his skin, brain function, energy, and overall health.

He told his fans and followers at the time that they would see his battle and how he overcame them in Justin Bieber: Seasons. The award-winning crooner added that he had rough years getting the right treatment that will help treat the incurable disease. But he was positive that he would eventually feel better.

Aside from Lyme disease, Bieber has been struggling with his mental health. However, his faith has made huge changes in his spiritual life which also has a positive contribution to his stability and peace of mind.

“I just changed my priorities so that I didn’t [become] another statistic of young musicians that ended up, like, not making it,” Bieber told Billboard in March.

He added that there was a time when his identity was wrapped in his career. However, at present, he already found his purpose, and that’s to use his music to inspire.

Bieber also acknowledged his wife Hailey Baldwin’s contribution in recommitting his fait. According to him, it has been easier with the support of a like-minded partner.

READ: How to catch Binacle in ‘Pokemon GO’?