Kate Middleton reportedly had a different name for her and Prince William’s firstborn son, Prince George.

Kate Middleton and Prince William had their first child in the summer of 2013. They had not reportedly found out about the gender of their unborn child. As claimed, the Duke of Cambridge was going in for a “surprise.”

However, the Duchess of Cambridge was already “suspecting” that her first child will be a boy. Despite the expectations, she reportedly had “set her heart” for a different name. Instead of George, she wanted to name him Alexander.

The Cambridge couple officially tied the knot in 2011. But, it was only more than a year after when the Palace announced the couple’s first pregnancy.

According to Vanity Fair, royal officials announced and confirmed the pregnancy in December 2012. Although the due date had remained unconfirmed, speculations had continued to develop over the next few months.

Just before the summer of 2013, royal expert Katie Nicholl shared that British newspapers and publications had remained adamant about learning the due date set for the Duchess of Cambridge. While some speculated a July 13 date, others had fixated on July 19. The expert then revealed that the whole dynamic became commonly known as “the Great Kate Wait.“ 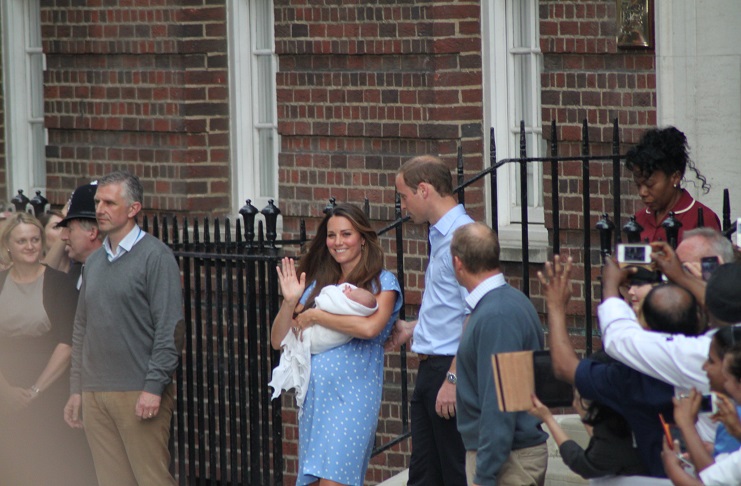 Amid all the speculations, Buckingham Palace reportedly declined to comment. But, on July 22, 2013, Kate Middleton gave birth to her firstborn.

Even so, the name still ended up as one of the young royal’s middle names. His full name has become His Royal Highness, Prince George Alexander Louis of Cambridge.

As added by reports, the Royal Mint, Royal Canadian Mint, and Royal Australian Mint have issued, “for the first time,” commemorative coins to mark a royal birth. Also, 21-gun salutes in the United Kingdom, as well as in some Commonwealth nations, has signaled the event.

Upon his arrival, Prince George automatically became the third person in line to the British Throne, pushing Prince Harry on the fourth spot. It is worth noting, though, that the Duke of Sussex is now at the sixth spot in the line of succession as the Kate Middleton and Prince William gave birth to two more royal heirs, Princess Charlotte, and Prince Louis.