Kate Middleton is a Princess of the United Kingdom despite not using it in a formal capacity. However, one cannot call her Princess Kate or Princess Catherine; instead, she must be referred to as Princess William of Wales.

When Kate Middleton married Prince William in 2011, she officially became a member of the British Royal Family. She also inherited several titles. These include the Duchess of Cambridge in the United Kingdom, Countess of Strathearn in Scotland, and Baroness of Carrickfergus in Ireland.

Technically, she is also a Princess of the United Kingdom. However, she does not use this title. Business Insider noted that the only time she has been acknowledged as a U.K. Princess was when it was written in her occupation section of her children’s birth certificates.

She is allowed to use the style, though. But, if she did, she would need to use her husband’s name instead of hers. Hence, she will be known as Princess William of Wales.

Kate Middleton is not royal by blood

When Kate Middleton became a royal, this only happened by marriage. As a result, she cannot use her first name after a title. So, using the style, Duchess Kate is not proper.

As per reports, only females who are born royals are the ones allowed to use the title. This is why Princess Beatrice and Princess of Eugenie of York are allowed to keep their name alongside their titles. The same is also true for Princess Charlotte, the only daughter of the Duke and Duchess of Cambridge. 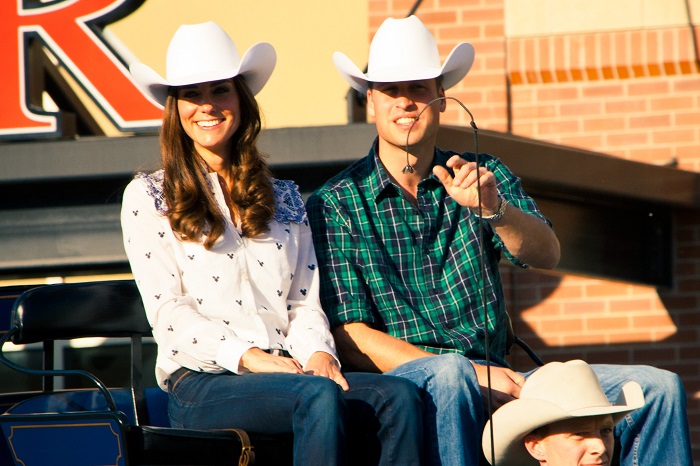 Royal-born Princesses cannot also take the name of their “commoner” husbands. This is why the privilege was kept when the youngest York Princess married Jack Brooksbank.

The case is different, however, for royal-born Princes. When they marry, their wives will have to take their name. Hence, on Kate Middleton’s part, Princess William of Wales.

Good Housekeeping also emphasized that the case also applies to Princess Diana. She was never “Princess Diana,” one expert explained. She was Diana, the Princess of Wales. It was explained that the press only used the style because they also kept referring to Charles, the Prince of Wales, as “Prince Charles.”

When the Duchess of Cambridge becomes Queen Consort

Royal experts and biographers reportedly shared that the only time Kate Middleton will be allowed to use her first name after a title is when she becomes the Queen Consort. This will happen once her husband assumes the British throne.

She will be known as Queen Catherine. But, until then, Kate Middleton is not formally allowed to use her first name after a title.