Kate Middleton and Meghan Markle started as friends. But, did they really end up in a royal row?

When Kate Middleton married Prince William, the rest of the world watched as they officially become the Duke and Duchess of Cambridge. Since then, fans have followed the commoner-turned-royal.

When the former Suits actress emerged in the lives of the royals, several individuals were reportedly excited to see if she would become friends with Prince William’s wife. While it reportedly started in a good friendship, allegations and rumors of rifts have since plagued their relationship. So, many had wondered when it all began.

Kate Middleton and Meghan Markle’s first meeting did not happen until early 2017 a few days before Kate’s birthday. Nevertheless, rumors of “wanting to meet” and friendship filled the better part of 2016, as per Refinery29.

Since their first meeting, Kate and Meghan reportedly had gotten along well. The public also reportedly saw the bond between the two during their “duo outings” and appearances in 2017.

The friendship reportedly lasted until 2018, even after the Sussex couple’s wedding. However, reports started to change tones later on that year. 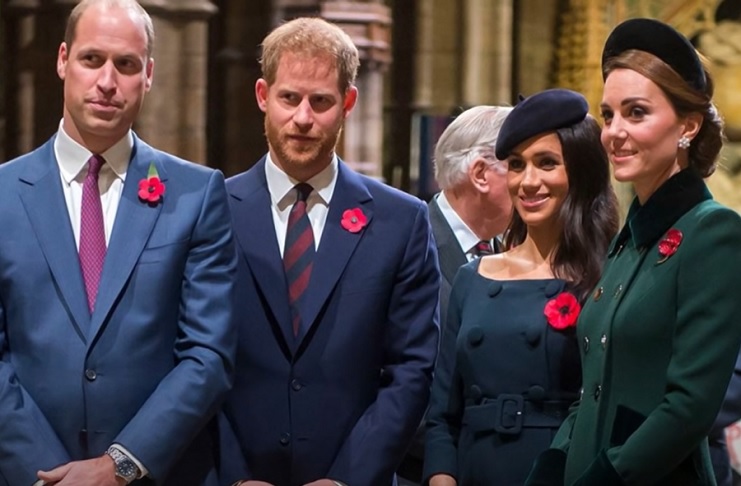 Upon the announcement of the decision, rumors started to emerge, claiming that “tension” has become apparent between the two couples. The whole royal rift between them started with this, according to Cosmopolitan.

Since then, sources from various publications continued to reveal shocking details about the rumors and allegations centering on their “rift.” Earlier reports said that Kate Middleton even “cried” because of the Meghan Markle, and their fight about “Princess Charlotte’s tights.”

Following these claims, another source reportedly shared that the rift also had something to do with the Duchess of Sussex “rudeness” toward the Cambridge’s staff. As stated, this has become the starting point why the Sussex couple decided to leave their apartment in Kensington Palace.

Despite the allegations, Kate Middleton and Meghan Markle have appeared in “good terms.” However, royal experts reportedly said that these are only for “PR purposes.” Nevertheless, this seemingly ended the talks of feuds between the two duchesses, until the Sussex couple’s ITV interview with Tom Bradby.

In October 2019, the Duke and Duchess of Sussex broke their silence about their “struggles” living the royal life. They shared a lot of “bombshells” in the course of the interview. But, the biggest takeaway of all is reportedly the subtle admission of Prince Harry to his rift with Prince William.

Months later, they then announced their desire to step down. Since then, the public has never seen Meghan Markle and Kate Middleton talk or bond again, nor Prince Harry and Prince William.

Images courtesy of The Trendy/YouTube