Kate Middleton might soon announce a baby sister for Princess Charlotte, an expert said. This comes after the lockdown reportedly strengthened the bond between her and Prince William.

Two years have already passed since Prince Louis’ arrival. This is why many have continued to speculate that Kate Middleton might soon announce her fourth pregnancy.

Amid the lockdown, royal experts and commentators are certain that this may lead to the Cambridge couple’s baby number 4 announcements. It is only “a matter of time,” Phil Dampier said.

Kate Middleton has always reportedly wanted a “fourth child.” Thanks to the lockdown, this has increased the chances of it happening, the expert told New Idea.

He continued to share that it will no longer be surprising if the Duke and Duchess of Cambridge will “join the club.” As reported, many have already announced their pregnancies amid the lockdown in the United Kingdom.

The royal expert is also certain that the Duchess “hopes” for a baby girl. It reportedly makes sense, given that she already has two boys, Prince George, and Prince Louis. So, she would certainly love to have another baby girl, who will serve as Princess Charlotte’s little sister, he added. 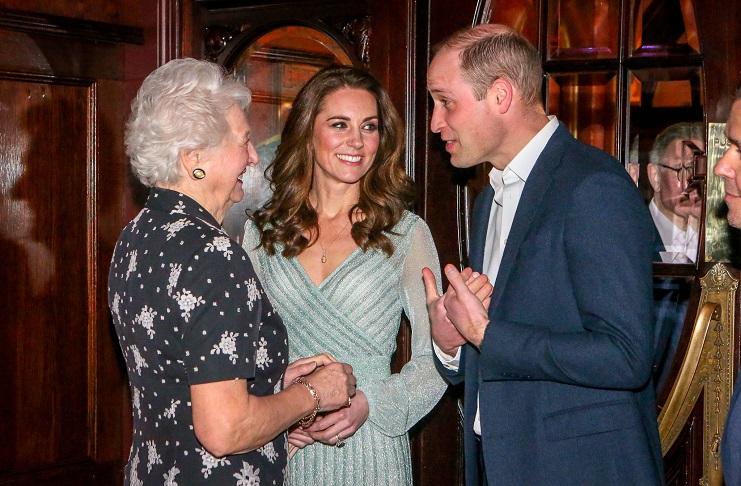 Kate Middleton and Prince William have continued to stay active with their royal duties despite the lockdown. They have since relocated to Anmer Hall with their three kids due to the pandemic crisis.

This makes the Duchess of Cambridge a lot “happier than ever,” as per claims. The reason being is that she now gets to spend more “precious” moments with her family. Not to mention, this is also reportedly the “closest” they get to a “normal life,” and “she loves it,” the expert shared.

Phil Dampier went on to assert that this situation further “strengthened” the bond between the Cambridge couple. Accordingly, it is not unlikely that they will get pregnant soon.

Prince William as the “obstacle” to baby number four

Despite the speculations of a new baby, experts also noted that Kate Middleton’s husband, Prince William has always been the “major obstacle” to adding a new baby in the family. As shared, the royal born-Prince does not want to have “more than two” kids.

Earlier this year, Kate Middleton also said that her husband does not want any more children, according to Cosmopolitan. When asked about it, the Duchess reportedly shared that the Duke of Cambridge would be “worried.”

In the end, though, Phil Dampier has remained convinced that this will all change, given the current situation. He also added that Kate Middleton has always wanted another kid, and she surely can “persuade” Prince William.

B1A4 returns as a trio with ‘Origine’

Kim Min Jae graces a photoshoot and interview with Esquire