Camilla Parker Bowles is, allegedly, furious at Kate Middleton for trying to steal the throne from her.

According to New Idea, Camilla is trying to prove that she’s worthy to be called queen consort following the death of Queen Elizabeth II. As such, she is fighting with Kate Middleton following the latter’s so-called ultimate betrayal.

A source told the tabloid that Camilla even went as far as losing 10kg to make her more suitable for the job. Her weight loss could, allegedly, convince the Queen that she’s the right woman for the role and not the Duchess of Cambridge. 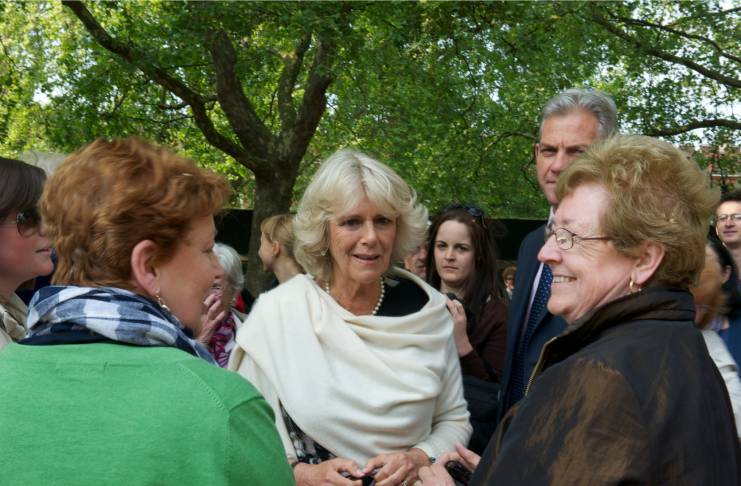 The dubious storyline then accused Middleton of betraying Camilla after she, allegedly, attempted to steal the throne behind her back.

“She’s told Kate she will do whatever it takes to get the crown. Camilla wants the chance to prove herself as queen,” the source said.

The insider also said that the Queen is leaning more towards making Middleton the next queen consort to reinstate public confidence in the royal family.

The order of succession

However, the dubious claims of the tabloid do not make much sense. Queen Elizabeth doesn’t have the ability to change the order of succession.

This means that after she passes away or abdicates, Prince Charles would automatically become king. And since he’s married to Camilla, she should become queen consort.

However, since Camilla is a divorcee, she will be called a princess consort.

Camilla’s relationship with her daughter-in-law

It is also unlikely for Camilla and Middleton to be fighting over the throne. The two female royals have a wonderful relationship with each other.

When the Duchess of Cambridge first joined the royal family in 2011, Camilla, reportedly, shared her insights about royal life with her.

While speaking with ABC News, reporter Gabriel O’Rorke also said that Camilla passed on her wisdom to Prince William’s wife.

At that time, the two royals decided to hang out in public and they were also unfazed by a photographer. The publication called the outing a statement lunch.

“The group could easily have eaten in the privacy of Clarence House, but they chose to eat in public, unfazed by a photographer. The message Kate and Camilla want to send? We’re friends,” they said.