Kate Middleton will become the next Queen Consort of the United Kingdom. She is now reportedly preparing for the role.

Kate Middleton officially became the Duchess of Cambridge when she married Prince William in 2011. While she has become an icon immediately after learning her relationship with the royal born-Prince, she has since transformed into a more fitting royal.

Several reports noted that a lot has changed in terms of her appearance and style. Aside from these aspects, changes have also been reportedly seen in her character and attitude. This is likely the reason why many royal experts and analysts have begun to conclude that she is now preparing for her future role.

Through the years, Kate Middleton has become a fashion icon. Undoubtedly, her appearances and styles in almost all engagements have easily attracted attention on a global scale.

But, in recent years, stylists and fashion experts reportedly shared that changes in her looks have become more apparent. As per Cafe Mom, celebrity stylist Anthony McGrath explained that the Duchess of Cambridge’s fashion choices has become “more and more conservative.”

He reportedly asserted that Kate Middleton has always been a “conservative dresser.” She was rarely seen wearing “anything too risqué,” the stylist added.

However, her fashion choices these days have become a lot “more modest.” Some even described it as “more regal,” which was said to be “more appropriate” for a Queen. 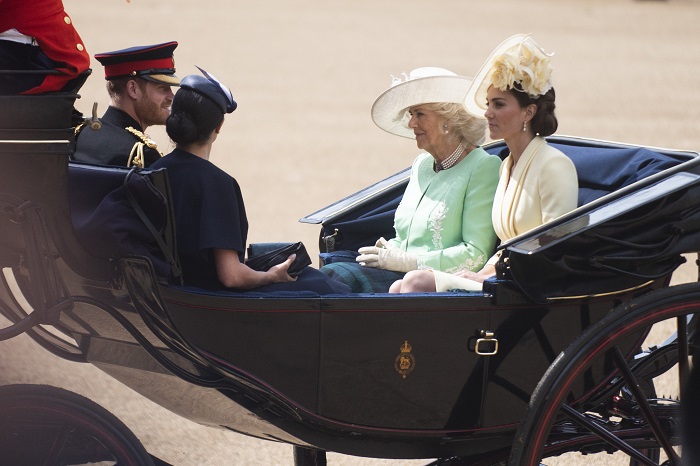 In a report released by Express UK, royal commentator Richard Fitzwilliams reportedly attested that the Duchess has “matured enchantingly” over the years. From being a “shy” personality to a fashion icon, she has now grown into her role as the Princess of the United Kingdom, and later on, Queen Consort.

The same dynamic was also agreed by The Telegraph when the report described the Duchess of Cambridge as an “outspoken woman on a mission.” Despite being a “shy newlywed” at first, she has now “evolved,” the report added.

Since she became an active working royal, the Duchess of Cambridge has been repeatedly praised and applauded for her “unwavering dedication.” It was even noted that she has now become the “front and center” of the British Monarchy.

Just this year alone, she has already become the face of many headlines and reports as the praise and approval continue to surround her. Next to the Queen, Kate Middleton is reportedly deemed to be the most popular royal, alongside her husband, Prince William.