According to National Enquirer, Kate Middleton is trying to put on a brave face when, in fact, her entire world is falling apart. Following Prince Harry and Meghan Markle’s bombshell exit, Middleton must deal with the possibility of Prince William going completely blind. However, no concrete pieces of evidence can confirm that these hearsays are correct as of this writing.

Is Prince William consulting with eye specialists to prevent him from going blind?

An unnamed source told the tabloid that Prince William is, allegedly, consulting with top doctors that can help save him from going blind. And one of his alleged concerns is not being able to witness Prince George, Princess Charlotte, and Prince Louis engage in their favorite activities growing up.

“The palace is desperately trying to keep William’s health struggle secret, but he let the cat out of the bag himself. He publicly admitted that his vision is failing – then tried to downplay it, joking it made it easier for him to conquer stage fright because the audience is ‘just a blur.’ But behind palace walls, I’m told he’s terrified of going blind,” the unnamed source said, as per National Enquirer. 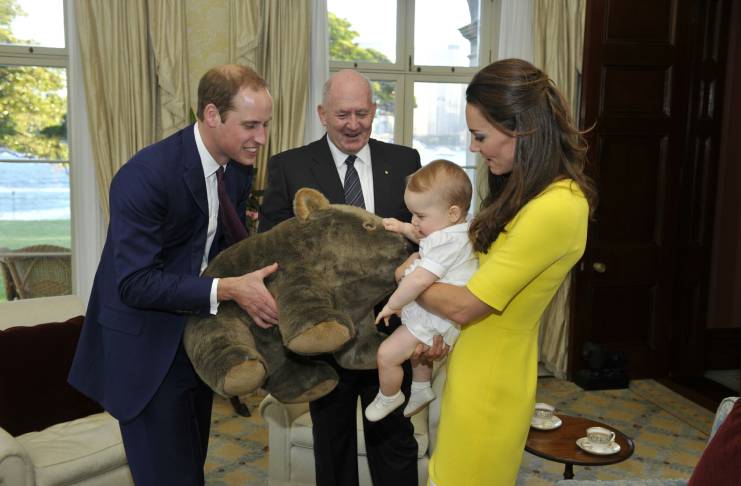 According to the unnamed source, Prince William can barely read a newspaper. And he needs to wear special contact lenses to be able to see clearly.

“It’s a devastating blow to the prince, who’s a hands-on dad. As his children grow up, William wants to participate in all their activities – soccer, polo, horseback riding, and so much more. Now all that is in danger,” the source claimed.

The tabloid also spoke with a certain Dr. Gabe Mirkin, who, reportedly, enumerated the different eye conditions that could lead to blindness. This includes glaucoma, infections, and optic neuritis. According to Mirkin, diabetes is another leading cause of blindness.

However, it is important to note that Prince William is not a patient of Dr. Mirkin. As such, the physician is simply talking about eye conditions in general and not the Duke of Cambridge’s rumored case.

Additionally, one should take the claims made by the tabloid with a grain of salt. Prince William said that his eyesight is not very good. However, he never said that he’s going blind.

Prince William opens up about his anxiety

As such, the tabloid’s claim that Prince William devalues his condition isn’t accurate. There was nothing to downplay because the husband of Kate Middleton said his poor eyesight has helped with his anxiety.

“My eyesight started to tail off a little bit as I got older, and I didn’t use to wear contacts when I was working, so actually when I gave speeches, I couldn’t see anyone’s face. And it helps because it’s just a blur of faces and because you can’t see anyone looking at you—I can see enough to read the paper and stuff like that—but I couldn’t see the whole room. And that really helps with my anxiety,” Prince William said.

As of late, Kate Middleton and Prince William have not yet responded to the dubious claims made by the tabloid.