Prince William and Kate Middleton’s relationship is, reportedly, stronger than ever.

While speaking with OK! magazine, royal author Katie Nicholl indirectly debunked the rumors that the royal couple is on the brink of divorce.

“They’ve been together nearly 20 years now and they’re very tuned into one another. Their relationship is based on mutual respect. They know when to compromise, when to back down, and when to apologize,” she said.

Nicholl also said that Middleton and Prince William’s marriage works because they balance each other out.

For instance, the Duchess of Cambridge rarely loses her temper at Prince William, who is known to be hot-headed. Whenever the Duke of Cambridge loses his temper, Middleton gives her husband the space that he needs.

“Kate’s a strong woman. If she’s putting her foot down over something, which she does, William knows when to leave well alone and cave in. He also defers to Kate when it comes to ruling the roost and keeping the family in check. That comes very naturally to her,” Nicholl revealed. 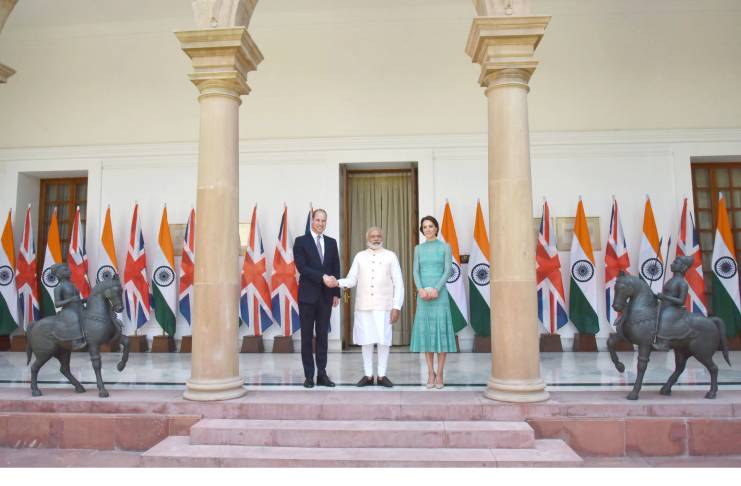 Prince William and Middleton will be celebrating their ninth wedding anniversary on April 29. The royal couple tied the knot at Westminster Abbey in 2011.

Prior to their engagement, the Duke and Duchess of Cambridge split twice. The royal couple’s first break up took place in 2004.

At that time, reports claimed that Prince William was feeling claustrophobic in his relationship with Middleton. The second in line to the throne also wanted to explore his other options.

In the book William & Kate: The Journey, royal author Duncan Larcombe claimed that there’s another reason why the couple split.

Their second break up took place in 2007. According to reports, Camilla Parker Bowles urged Prince Charles to talk to Prince William regarding his relationship with Middleton.

Camilla felt that Middleton wasn’t the right woman for her stepson since she’s a commoner.

The heir to the throne told his eldest son that it wasn’t right for him to string Middleton along. After all, Prince William didn’t have any intention to marry his longtime girlfriend just yet.

Prince William and Middleton decided to get back together after sorting out their differences.

Reason why Insomniac Games have to recast Peter Parker in PS5’s...

Katie Holmes refuses to have over-the-top wedding to Emilio Vitolo like...