Kate Middleton has been a very dedicated senior royal. But, reports suggest that she has already broken several royal rules and protocols.

Kate Middleton officially became a member of the British Royal Family in 2011. After marrying Prince William, she became the Duchess of Cambridge.

Being the wife of the second person in line to the British Throne, she reportedly holds a very essential role. As it happens, she will soon become the Queen Consort of the United Kingdom.

Living the royal life has its perks and advantages. However, all royals, especially the seniors, need to observe and follow the royal rules and protocols. While Kate Middleton is deemed to be one of the most hardworking royals, reports claimed that she has already broken some important royal rules.

According to Express UK, royal heirs do not traditionally fly together. As explained, this is to protect the royal line of succession if in case anything bad happens. 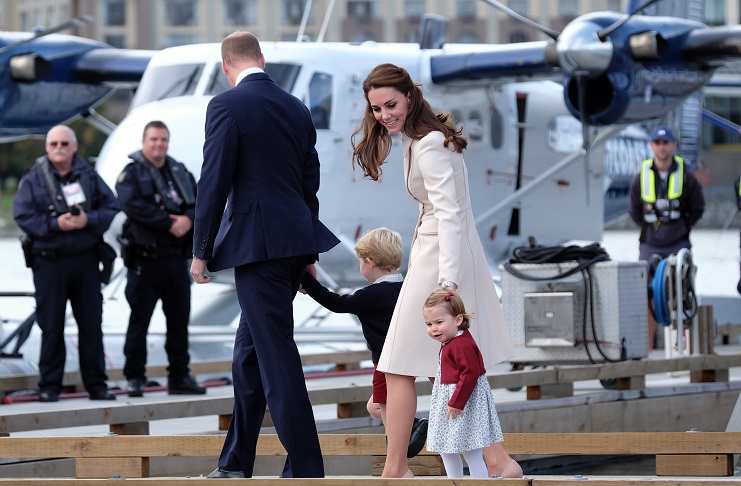 However, Kate Middleton and Prince William have not largely observed this royal rule and tradition. The publication said that the Cambridge household often flies together during their travels.

They reportedly first broke this royal rule when they went to Australia and New Zealand in 2013. From the United Kingdom, the Duke and Duchess of Cambridge flew to the Commonwealth countries with Prince George.

She wears dresses above the knee

Kate Middleton has been repeatedly praised for her style and appearance. With her stunning fashion choices and looks, experts even describe her as an icon.

However, as a member of the Royal Family, she has to follow certain dress codes. Despite maintaining a “conservative” and regal appearance, the Duchess of Cambridge has reportedly broken this rule several times.

As per Cheat Sheet, Queen Elizabeth II has specific rules for the royals’ dresses. These include avoiding v-neck styles, off-shoulders, and dresses with short hemlines. But, all of these are reportedly seen in some of Kate Middleton’s styles.

While the Duchess of Cambridge has already broken some rules and protocols, she and her husband still adhere to most of the royal rules. One of the most common and apparent “unwritten rules” that they follow is that they keep their “PDA” to a minimum.

Unlike Prince Harry and Meghan Markle, Prince William and Kate Middleton rarely show “affection” when they are out in public. Although this is not strictly a rule that a royal should follow, senior royals reportedly deem it “appropriate” and proper.