The Fanning sisters are, reportedly, descended from King Edward III of England, just like the Duchess of Cambridge. Middleton’s mom, Carole Middleton, is also a distant granddaughter of King Edward.

According to E! News, Middleton and the Fanning sisters both descended from King Edward I or Longshanks, who served the King of England between 1272 and 1307.

While speaking with People, Michelle Ercanbrack, a family historian for Ancestry, called the connection between the three unique and rare.

“Generation after generation, the lines we looked at pieced back directly to King Edward III proving that Elle is a direct descendant of royalty. You can consider her a long lost princess,” she said. 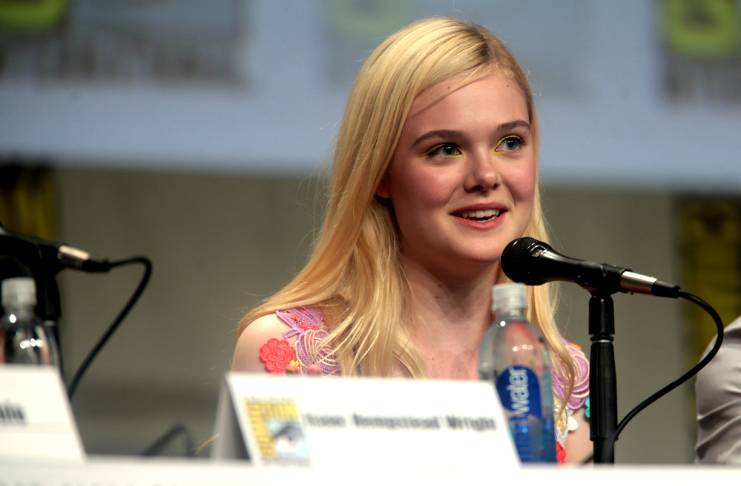 Elle Fanning reacts to Kate Middleton being her distant cousin

While speaking with E! News, Elle reacted to the reports that she’s distant cousins with Prince George, Princess Charlotte, and Prince Louis’ mom.

“It’s so weird. I saw it the other day. My cousins called me up and they were like, ‘Look online!’ I looked online and like King Edward III is my great-great-great-grandfather. I was like, ‘Is this real?’ It’s crazy,” she said.

“I’ve always wanted to do the ancestry.com thing because I think it would be really cool. But someone did it for me, which is great,” she added.

Ellen DeGeneres related to the Duchess of Cambridge

Other than the Fanning sisters, Ellen DeGeneres is also, reportedly, a distant cousin of Middleton.

According to E! News, DeGeneres, and Middleton are 15th cousins. And they are related through Sir Thomas Fairfax and his wife, Agnes Gascoigne.

The publication also revealed that Queen Elizabeth and Johnny Depp are 20th cousins. The two personalities are, reportedly, related to each other through their much older grandfather.

Kate Middleton also made headlines this week following her official return to her royal duties amid the coronavirus pandemic. While speaking with People, royal author Sarah Gristwood said that it’s highly likely that Prince William’s wife is feeling the pressure following Megxit.

“Those who know her say there is a real core of strength, and she did set her mind to the job. But at the same time, she’d have to be superhuman not to feel the pressure,” Gristwood said.

The royal author said that without Prince Harry and Meghan Markle, there’s going to be a phenomenal workload for the Cambridges. And since none of the older royals could take do it all, the pressure is on Kate Middleton and Prince William.