Katie Holmes is, allegedly, broke and heartbroken after she was dumped by Jamie Foxx.

According to Woman’s Day, Katie Holmes was forced to move back in with her parents because she couldn’t afford her rent. And since Foxx, allegedly, dumped her, she has nowhere else to go.

To make the tabloid’s story more believable, they included a photo of Holmes with a suitcase outside her Manhattan apartment. The photo suggested that Holmes was carrying a suitcase then because she’s on her way to her parents’ home.

However, Gossip Cop revealed that the photo was taken when Holmes traveled to Greece. And this is why she was carrying a suitcase.

Months later, Star claimed that Holmes has been living paycheck to paycheck. After all, she needs to pay for her and Suri’s daily expenses on top of her daughter’s expensive tuition fee.

Two months ago, Now to Love claimed that the Dawson’s Creek star was forced to sell her home because she’s badly in need of cash. However, Gossip Cop said that Holmes sold the property because she and Suri barely stay in California.

“The last thing that she wants is for her daughter to be so embarrassed by her mom that she goes running back to daddy for his bank balance,” the source said.

And just recently, In Touch Weekly claimed that Katie Holmes is regretting her divorce from Tom Cruise because she’s now broke.

“Katie was proud of walking away from Tom without securing a hefty financial settlement. But in hindsight, that may have been a huge mistake,” the source said.

However, Gossip Cop has debunked all the claims made by the tabloids. Holmes isn’t struggling with her finances. And she isn’t broke either.

It is also unlikely for Holmes to be regretting her divorce from Cruise because this happened a long time ago. And both parties have most likely moved on from each other. 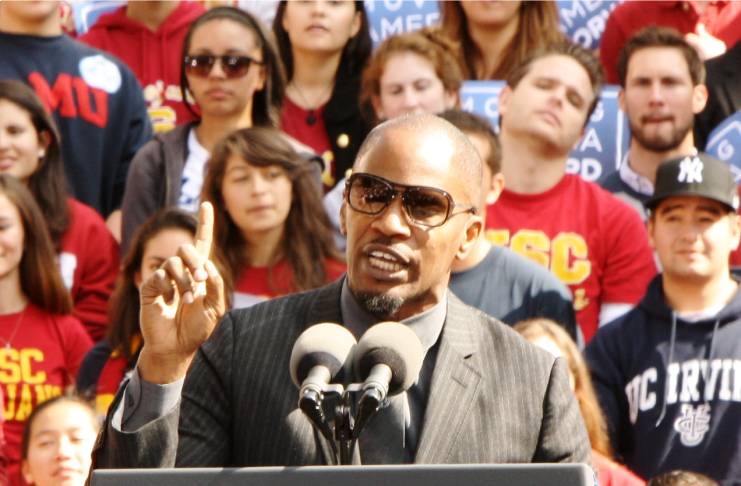 Holmes and Foxx split last year after trying to keep their relationship as private as possible. According to Page Six, the couple’s spat started during last year’s Memorial Day weekend.

The actress, reportedly, canceled her trip from Los Angeles to New York City with Foxx at the last minute. The musician was, reportedly, very upset.

“Katie Holmes was supposed to go to Montauk to join Jamie, but did something [expletive] at the last minute, and that was that. He canceled on his own and never got on the plane,” the source said.