Katie Holmes, allegedly, adopted a baby boy that’s why she hasn’t been hanging out with her daughter, Suri Cruise much.

According to Woman’s Day, Katie Holmes has always wanted to give her 14-year-old daughter a baby brother. In fact, the actress wanted to have four children. And an unnamed source told the tabloid that Holmes split from Tom Cruise after he refused to have more kids with her. However, no concrete pieces of evidence can confirm that these hearsays are correct as of this writing.

“Adopting a child has been on the table for her and Suri ever since things fell apart with Jamie Foxx,” an unnamed source said, as per Woman’s Day. 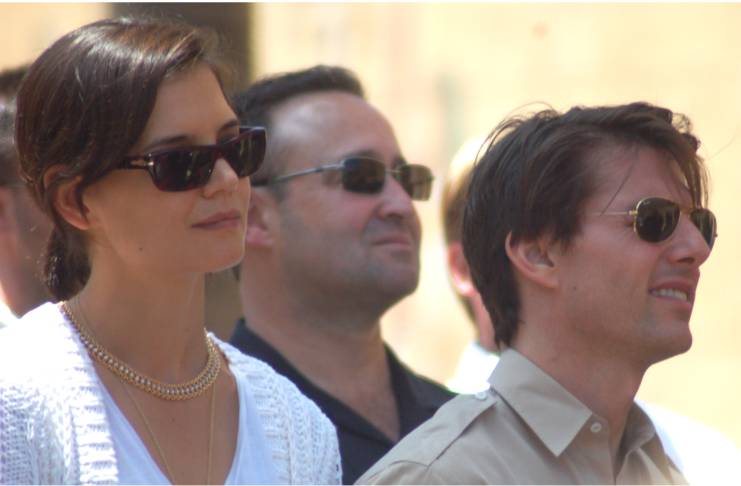 Is Katie Holmes keeping her baby’s adoption a secret?

The insider also claimed that Holmes is known for being secretive. And this may be the reason why she has not publicly shared her adoption news.

“You also don’t see Suri and Katie in the same room on FaceTime much lately and everyone is starting to think it’s because the other is looking after a baby,” the source said.

Suri Cruise acting as the ‘other parent’ to her adopted sibling?

As of late, no one knows where Holmes’s rumored baby is from. But the Dawson’s Creek star, reportedly, has close ties to Raising Malawi charity. Holmes also supports Love Our Children USA.

“If that baby in the pram is Katie’s then it doesn’t look like she went outside of the States. Katie was worried that adopting a child would be more of a burden than a companion for Suri now she’s in her teens, but Suri told her she couldn’t wait to be the baby’s ‘other parent.’ It was a very mature reply – and encouraged Katie to start the paperwork knowing these things can take up to two years,” the source said.

However, Gossip Cop debunked the tabloid’s claims by saying that Katie Holmes didn’t adopt a baby boy. The publication, reportedly, spoke with the actress’s rep and was told that the story isn’t true.

This isn’t the first time that the tabloids preyed on Holmes, Suri, and Tom. Last month, the same tabloid claimed that Suri found Tom’s secret love letters to her mom.

Last year, the tabloid also published a similar story about Holmes adopting a baby following her trip to Greece. If the actress adopted a baby last year, she would’ve already been photographed with the baby boy by now.

However, no photos of Katie Holmes and her rumored adopted baby have made headlines.