Katie Holmes and Tom Cruise’s only child, Suri Cruise, has, allegedly, asked her dad if she could spend time with him over the summer.

According to Star, Tom immediately said yes to his youngest child. The father and daughter will, allegedly, spend time at the Scientology compound in Clearwater. An unnamed source told the tabloid that even though Holmes has some reservations, she’s willing to consider allowing Suri Cruise to bond with her dad. However, no concrete pieces of evidence can confirm that these hearsays are correct as of this writing.

“Tom and Suri talk a lot. And he’s always trusted that they’d have time to bond in person at some point. He’s thrilled that the time is finally here,” the unnamed source said, as per Star. 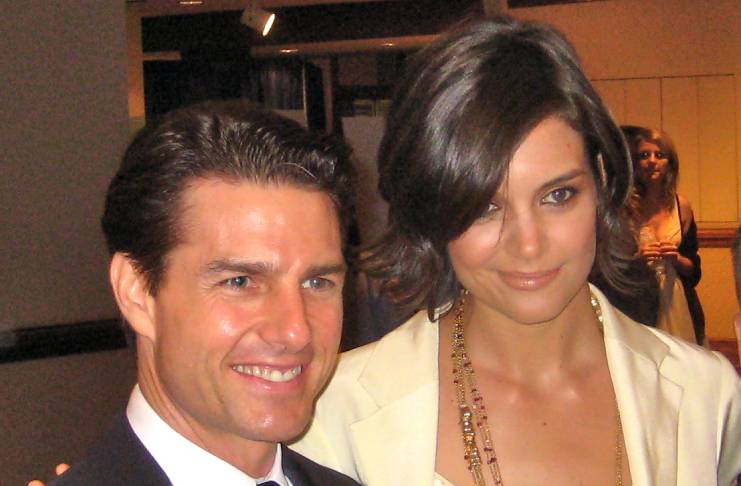 The insider also said that even though Suri and Tom have not seen each other in years, they never stopped communicating with each other. The father and son, allegedly, talk on the phone and they also text regularly.

“Hearing him talk, you’d never think anything but that they’re close. He raves to his friends and colleagues about how smart she is, and he’s happy to see what a confident and assured young adult she’s turning into,” the source said.

The source also claimed that while it’s been hard for Suri Cruise to not grow up with both parents, she understands that situation. In fact, the 14-year-old, allegedly, doesn’t have animosity toward the actor.

Holmes has never spoken negatively about her ex either, according to the unnamed source. And the Dawson’s Creek actress even encourages Suri to be proud of her dad, and the teenager is.

Will Suri Cruise become a Scientologist?

Meanwhile, one of Holmes’ worries has to do with Tom’s religion. The actress, allegedly, doesn’t like the idea of raising Suri as a Scientologist. And she’s worried that Suri might be encouraged to follow in her dad’s footsteps.

However, the insider said that Holmes and Tom would let their daughter decide what religion she wants to follow when she’s much older.

“Katie won’t say anything bad about the church, and Tom won’t try to push it on Suri. There’s an understanding that it’ll be her decision when she gets older,” the source said.

As for their summer plans, Tom will, allegedly, pick up Suri via a private jet. The actor will also be paying for his daughter’s summer camp, and Suri Cruise can expect nothing less than VIP treatment.

How worried should I be about news the coronavirus survives on...

US Elections: Seniors are expendable for Trump

MagSafe on iPhone 12, genius rebirth of a beloved feature