Katy Perry has set the record straight. She and her now-friend, Taylor Swift, are not collaborating for her new album.

Katy Perry and Taylor Swift had a very “complicated history.” From being friends to enemies, and then friends again, fans and followers have followed the whole narrative since then. But, after patching things in 2019, many have repeatedly wondered if they will collaborate soon.

Earlier this month, rumors emerged that they will work together for Katy’s new track, ‘Daisies.’ While many fans were certain about it, the ‘Never Really Over’ singer has spoken out and set the story straight.

Katy Perry and Taylor Swift are not working together

On May 15, Katy Perry revealed that she is not collaborating with Taylor Swift. The rumors reportedly came after her video for ‘Daisies’ jived with Taylor’s post. As pointed out, the ‘Lover’ artist shared a photo of her wearing a shirt covered with flowers, according to Entertainment Tonight.

“The fans are so fun,” Katy described. She then explained that they always “search far and wide” for clues and “Easter eggs.”

She conceded, though, that artists and singers do put such things in their “visuals” and other contents that they create. But, she argued that “not everything is an Easter egg.” Also, “some things are just flowers,” Katy added. 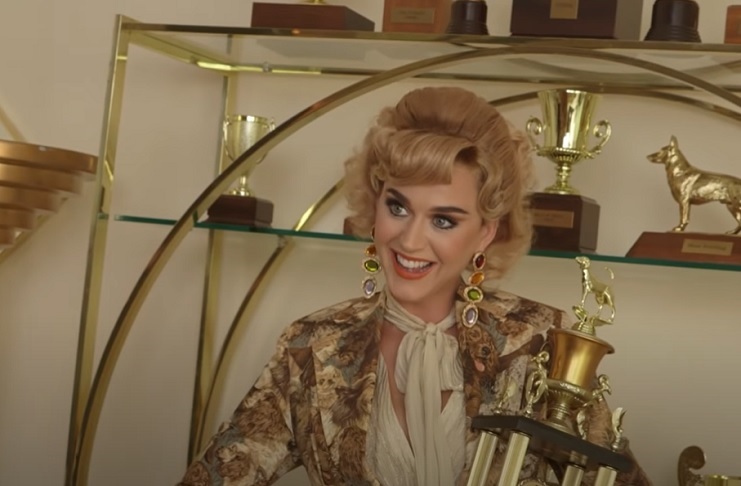 She is open for future collaboration

Katy Perry may have debunked the rumors. But, she said that she is “always open” for “something like that to happen.” The fans are “definitely excited,” she stated.

She also cleared out that this does not only apply for her new track ‘Daisies,’ as per Us Weekly. As stated, Taylor Swift will not make an appearance on her upcoming album.

Amid the new project that she is working on, the ‘Thinking Of You’ singer revealed that she is more looking forward to “motherhood.” As reported, she is with child, whom she shares with her soon-to-be-husband, Orlando Bloom.

Katy and Taylor did collaborate in the past

As fans and followers may recall, Katy Perry and Taylor Swift worked together for the latter’s ‘You Need To Calm Down.’ Last year, Taylor dropped her ‘Lover’ album, which also sparked lots of collaboration rumors.

Although the artists never confirmed the rumors, they provided several Easter eggs for the fans. On the track’s music video, Katy Perry made a “cameo” wearing a hamburger costume. Taylor Swift complemented it with her french fries costume.

The brief cameo at the near end of the video was a huge iconic moment for both the celebrities and the fans. As stated, this became the huge tell that Katy Perry and Taylor Swift had already patched things up and ended their feud, which reportedly started way back in 2014.