Kelly Clarkson, allegedly, reached out to Blake Shelton shortly after she decided to divorce Brandon Blackstock.

According to Star, Shelton comforted Kelly Clarkson. The Voice coach also told Clarkson he’s willing to help her in any way. However, no concrete pieces of evidence can confirm that these hearsays are correct as of this writing.

But an unnamed source insisted Shelton was one of the first people that Clarkson reached out to.

“Kelly’s such an open book. She isn’t afraid to share her feelings with anybody, least of all a trusted friend like Blake,” the source said, as per Star. 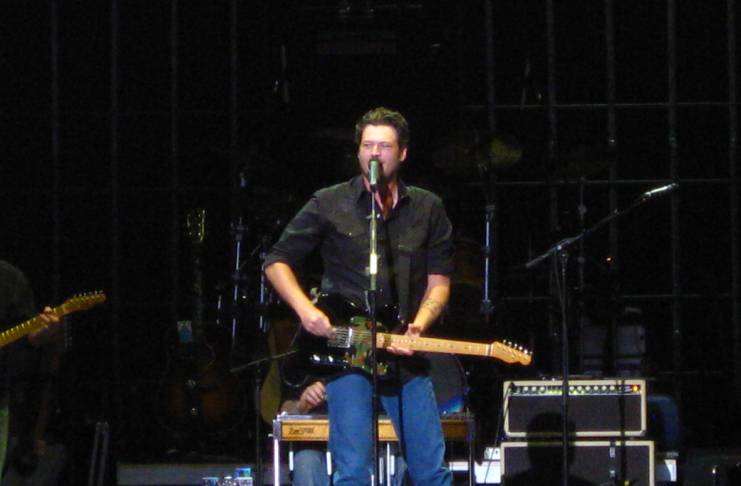 Clarkson is also, allegedly, seeking comfort from Blackstock’s former stepmom, Reba McEntire. The source claimed that McEntire has been like a second mother to the American Idol winner.

“And she knows how complicated divorce can be. Reba doesn’t want to judge her stepson too harshly, and she knows that she’s going through a hard time as well. But she’s also a little disappointed in him,” the source said.

The unnamed source claimed that Clarkson and Blackstock have been having nasty fights before their divorce. And they were, allegedly, having some money problems. However, this claim hasn’t been confirmed by the former couple.

Clarkson filed for divorce from Blackstock earlier this month after seven years of marriage. The singer cited their irreconcilable differences as the reason behind their split. The exes also asked for joint custody of their children, River, 5, and Remington, 4.

The singer talks about her mental health struggles

Days after the filing, Kelly Clarkson opened up about her mental health struggles on The Kelly Clarkson Show. While speaking with Demi Lovato, Clarkson revealed that she has the same issues with the former child star because she also suffers from depression.

“I think a lot of people, especially in the creative world, or just from childhood, you’ve been kind of trained to, like, just keep going and you can handle it. Especially as a woman, it’s like, ‘Don’t let ‘em see you sweat,” Clarkson said.

Lovato responded to Clarkson by telling the latter that she was the first idol she ever had.

“You were, like, the first idol that I ever had. I wouldn’t be the artist — or even the person that I am, with being so outspoken and vulnerable and fearless — if I hadn’t had you to look up to, so I thank you for that. … When I was younger, I always thought to myself, ‘If I ever make it, I want to be like her because she’s real and she’s genuine,’” Lovato said.