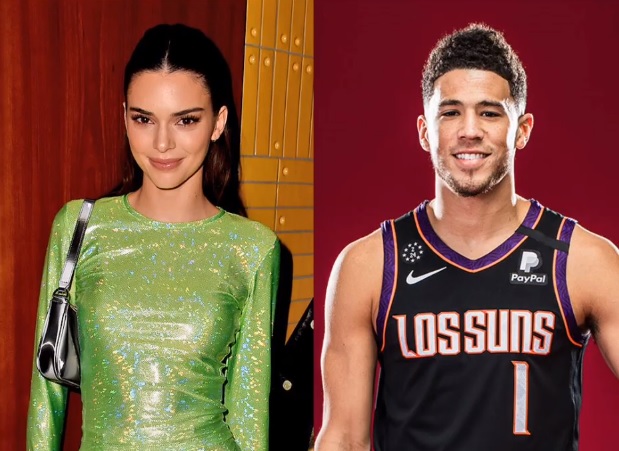 Kendall Jenner and NBA star Devin Booker took a 7-hour drive to Arizona together. However, netizens were not kind in commenting to the situation.

Celebrities are growing tired of staying at home. There have been a lot of reports about stars who disobeyed quarantine orders and social distancing directives. For one, The Keeping Up With The Kardashians star Kendall Jenner decided to go out for a drive.

Both were well dressed for the sunny outing. Devin sported a long-sleeved with a shirt, black jeans and sneakers while Kendall revealed a bit more skin in a white crop top, high waist boots, hat and accessories.

According to the people who witnessed the event firsthand, Booker and Jenner looked like a couple. However, as per a source close to both celebrities,

“Kendall and friends have a small social circle amongst the group, who have been following the same social distancing and physical distancing guidelines. Devin is a friend and is part of the small group.”

Furthermore, the source explained that Jenner and Booker were only on that road trip because they both needed air.

Who is Devin Booker

Devin Booker was the 13th overall draft pick in the 2015 NBA draft. He made his debut two days before his 19th birthday. The 23-year old plays for the Phoenix Suns and has remained with them since he entered the NBA back in 2015. He has done well since then, as Devin is currently in the middle of a whopping 5-year $158 million contract with his team.

In March 2019, at the age of just 22, Devin made history by becoming the youngest NBA player to score 50-points in consecutive games. He continued to break new ground as he played in the 2020 NBA all-star game.

Shortly after reports surfaced about Kendall and Devin’s road trip together, romance rumors of the two emerged and netizens have been making suggestive jokes that NBA players were passing Kendall around.

The fact that Jenner used to date NBA players Ben Simmons and Blake Griffin may have contributed to the comments. One commenter tweeted, “NBA players passing around Kendall Jenner,” alongside a TikTok video of three men tossing a toddler around in a circle.

However, Kendall was quick to respond to the offensive comments and shut things down with one epic message. She retweeted,

“They act like i’m not in full control of where i throw this cooch.”

they act like i’m not in full control of where i throw this cooch https://t.co/DOCPKMdW6K

As of this moment, Devin has yet to address the romance rumors between him and Kendall Jenner.

Image Courtesy of US News/Youtube Screenshot