North Korean leader Kim Jong-Un is being rumored to be dead or is seriously in bad shape following an unconfirmed heart surgery. But Moon Chung-in, the South Korean president’s special adviser on national security, said that the rumors are unfounded.

“Our government position is firm. Kim Jong-Un is alive and well. He has been staying in the Wonsan area since April 13. No suspicious movements have so far been detected,” the official said.

Kim’s last public appearance was on April 11 when he presided a politburo meeting but hasn’t been seen since. On April 15, questions began circulating when the North Korean leader was notably absent during his grandfather’s birthday, a celebration that’s considered one of the most important in the secretive state. 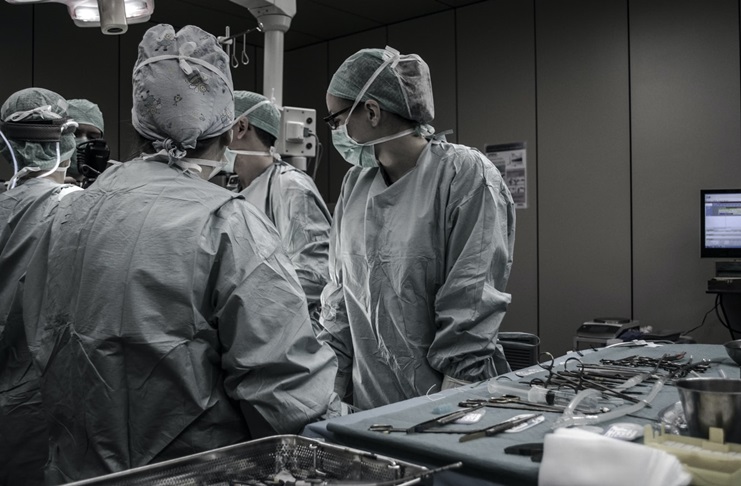 The whispers originally spread when Seoul-based media outlet Daily NK released a report touting that Kim Jong-Un is recovering from a cardiovascular operation. The outlet said that the reason behind the procedure was due to Kim’s fatigue, obesity, and excessive smoking.

An unnamed U.S. official said that the circulating rumors have some veracity to it, although it’s difficult to analyze what the real situation could be. Washington-based North Korea think tank 38 North released satellite images recently showing a train that belongs to Kim.

The train was reportedly absent on April 15 but was cited on April 21 and April 23. However, 38 North notes that the train’s sightings aren’t enough proof to place certainty on Kim’s current health but does lend credibility that the leader is staying at the location.

This isn’t the first time that the leader was involved in this sort of rumor. In late 2014, he vanished for more than a month, causing experts to speculate about his health only to emerge a few weeks later with a limp.

Meanwhile, Kim Yo-jong – Kim Jong-Un’s sister – has recently taken the spotlight as it’s believed she’s going to be the next North Korean leader if the rumors prove true. There have been rumors that this sister has been the one who took over his brother’s position in 2014 as he made his recovery from a cyst removal on his ankle.

And in typical internet response, memes about Yo-jong has exploded over Twitter, with some users releasing fan arts and “stanning” over the mysterious figure. Right now, there’s still no clear indication if Kim Jong-Un has indeed fallen gravely ill. But until North Korean officials provide undeniable proof that the dictator is fine, these rumors will continue to proliferate.